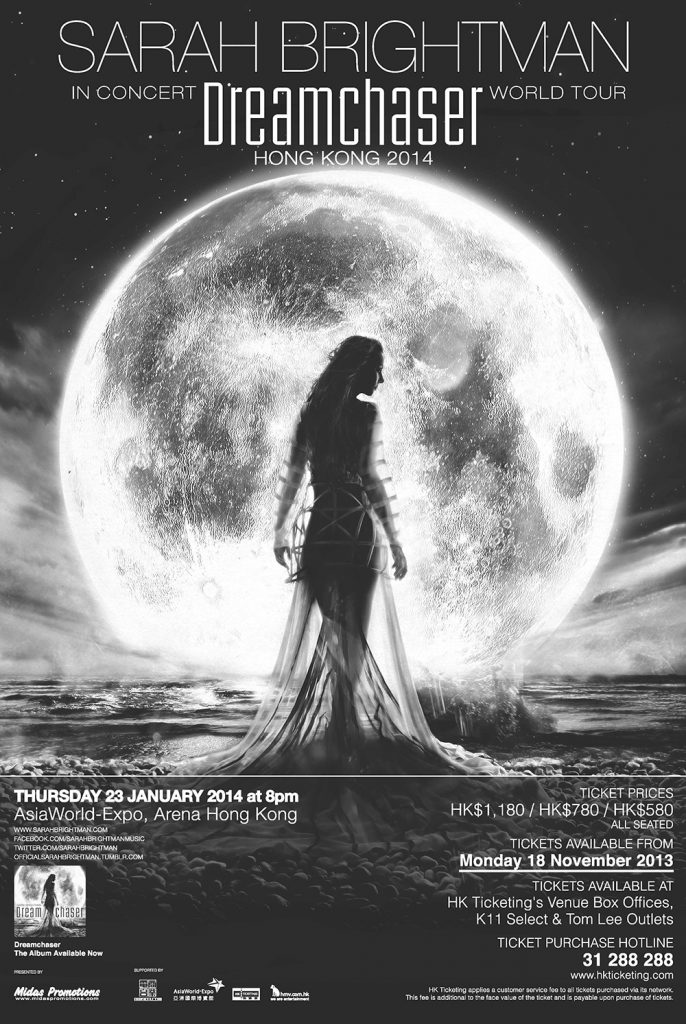 Sarah Brightman is an English classical crossover light lyric soprano, actress, songwriter and dancer. She has sung in many languages, including English, Spanish, French, Latin, German, Italian, Russian, Mandarin Chinese, Japanese, and Occitan. She began her career as a member of the dance troupe Hot Gossip and released several disco singles as a solo performer.

Brightman is the first artist to have been invited twice to perform at the Olympic Games, first at the 1992 Barcelona Olympic Games where she sang “Amigos Para Siempre” with the Spanish tenor José Carreras with an estimated global audience of a billion people, and sixteen years later in Beijing, this time with Chinese singer Liu Huan, performing the song “You and Me” to an estimated 4 billion people worldwide.

Sarah Brightman added shows in St Petersburg, Moscow and Hong Kong to her Dreamchaser World Tour for the beginning of 2014. The date for Hong Kong by Midas Promotions Live at AsiaWorld – Expo. Tickets from www.hkticketing.com