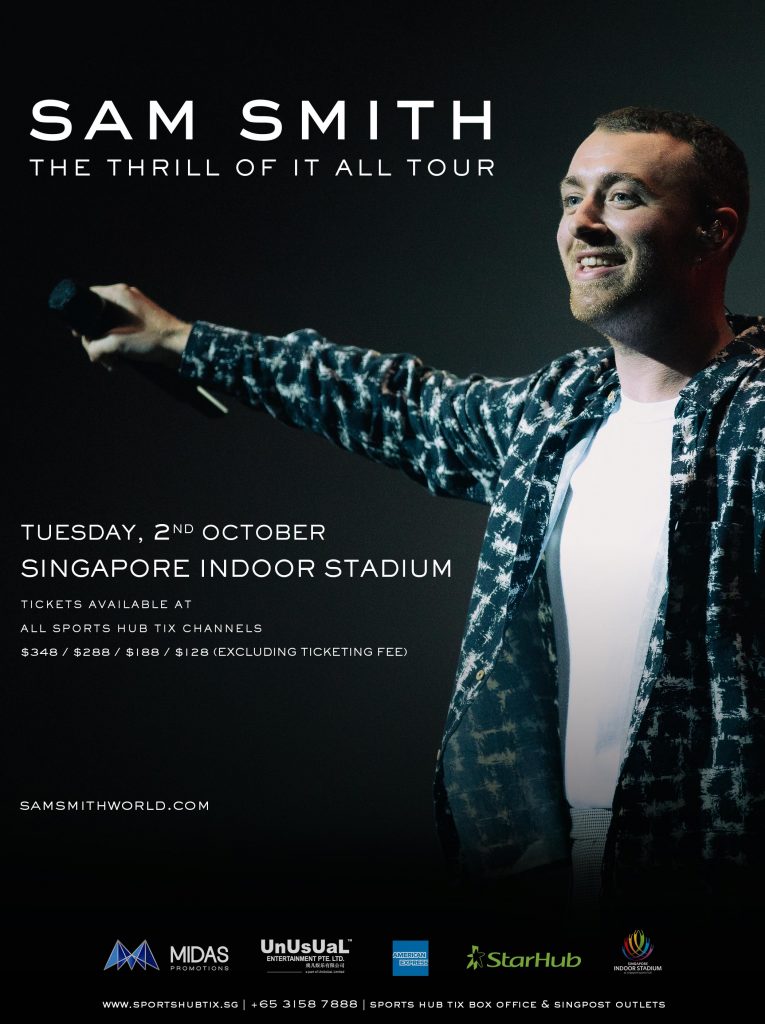 Midas Promotions in partnership with Unusual Entertainment proudly present Grammy-winning crooner, Sam Smith, for the first-ever Singapore performance, in support of his latest sophomore album, The Thrill of It All. Mark your calendars for the 2nd of October 2018!