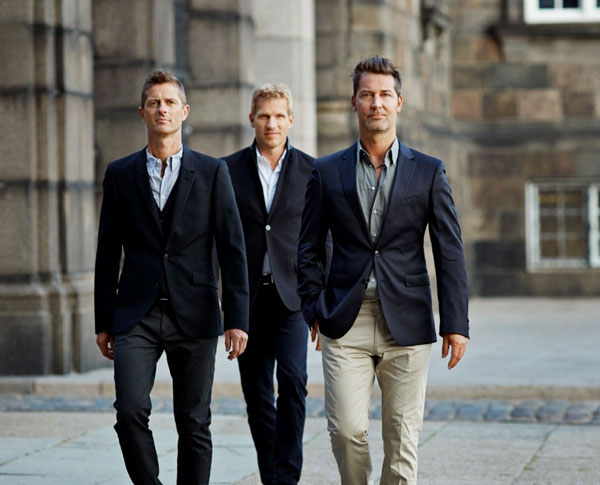 In that summer the band won a local talent competition and started out on a nearly-two-years-long tour around Denmark. Playing wherever possible, winning an ever-growing audience and having both talent and musical skills, the songs sharpened along the way. After months of hard work in the studio, the band released their self-titled debut album in September 1991.

Among the fine songs on the album is the smash hit “The Actor” that got wall-to-wall airplay from Danish radio stations and helped the album reach the top of the Danish sales chart in January 1992. Later that year “The Actor” wemt #1 on the charts in Norway, Sweden, Indonesia, Malaysia, Singapore and the Philippines. The next year, the band toured intensively in Denmark and visited new friends in Asia. Along the way, Jascha Richter wrote songs for their second album “Colours”, released in October 1993. Great ballads like “Sleeping Child” and “25 Minutes” are the main singles that secured combined albums sales passing the 1 million mark.

Michael Learns To Rock toured Europe and Asia in the next couple of years and in 1995, their third album “Played On Pepper”, is released all over Scandinavia and in Germany, Switzerland, Portugal, France, Italy, Brazil, South Africa, Japan, the United Arab Emirates and 11 countries in Southeast Asia. October of that same year saw the bansd on a huge Asian tour, with 25 concerts in 10 countries. “That´s Why (You Go Away)” and “Someday” were new hits and “Played On Pepper” ended up selling more than 1,2 million albums. In 1996, “Paint My Love” was released. It was a greatest hits album exclusive for South East Asia. The album ended up selling more than 3,4 million copies – and made the band one of the biggest international acts ever in countries like South Korea, Thailand and Malaysia. The up-tempo hit “Something You Should Know” led the way for the fourth studio album “Nothing To Lose” which was released in 1997. The albums turned the band into superstars in South Africa. When Michael Learns To Rock played in Johannesburg and Pretoria in January 1998, the critics wrote: “This is as good (if not better!) a band as any current big name group out of America or the UK.”

From 2007 to 2012 Michael Learns to Rock have played another 87 concerts in Taiwan, Hong Kong, Malaysia, Philippines, Thailand, Denmark, China, India and Singapore. And more than 20 years into their career, new markets are still opening for the band, with first time concerts in Nepal (2011) and Bangladesh (2012). The total number of concerts the band has done is approaching 500 – and there is no sign of them stopping…