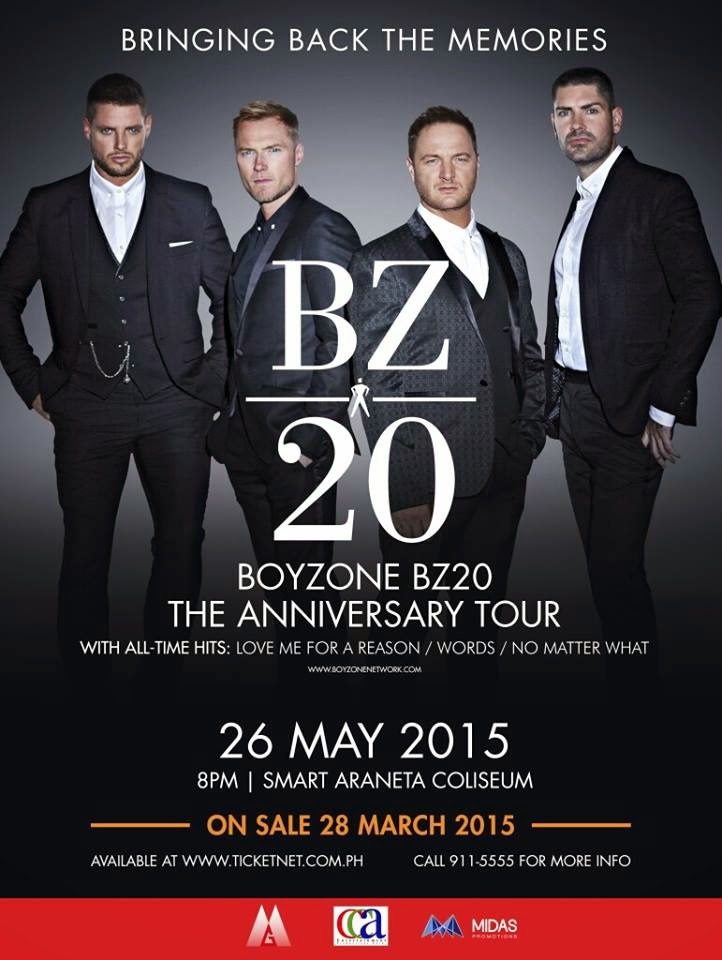 “We were shocked by the reaction from people,” Ronan says. “Every night felt like the first night –it made the hairs stand up on the back of your neck. We just couldn’t believe the fans, and I think people were shocked at how good we were too. We were eight years older but we were fitter and more passionate about it and I think we all sounded better than ever too.”

At the “Bring Back The Memories Boyzone BZ20 THE ANNNIVERSARY TOUR”, the band will take you back in time with your favorite songs: A Different Beat, Isn’t It A Wonder, Picture Of You, Words, Where We Belong, All That I Need, Baby Can I Hold You, No Matter What, Love Me For A Reason, Everyday I Love You, Key to My Life, Father and Son, and more. “The fans wanted to be entertained and feel nostalgic and maybe feel 10 or 15 years younger again for two hours and we could do that, no problem,” Keith explains. “We went out to enjoy every minute.”