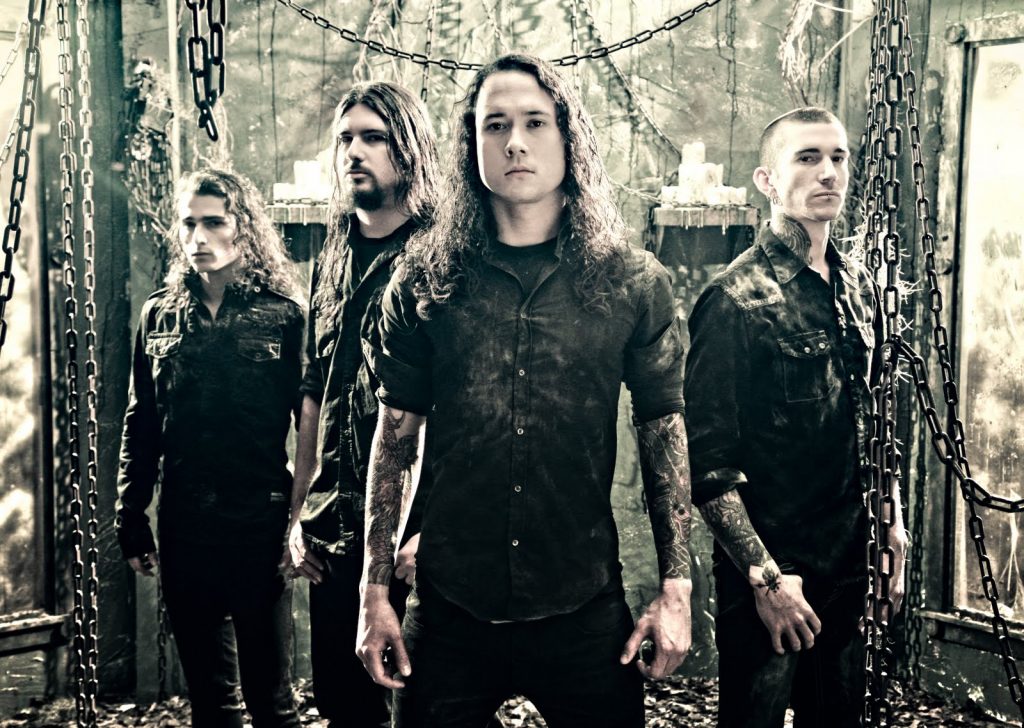 “We wrote this album exactly the way we all  wanted to,” says frontman Matt Heafy. “We really did our own thing this time. When people check it  out, they’ll realize that we’re not an exclusive band. We’re not doing this for one specific kind of person. If you want to come to a show and rock out, that’s what we’re here for. We’re just four normal guys who just happen to be able to play metal for lots of cool people around the world.”

There is a moment for every great band when everything comes together and a definitive musical identity emerges. For Trivium, this is it. The collaboration with Raskulinecz has taken Trivium to new compositional and technical levels, while the album’s brutal, bone-shattering production means that they’ve never sounded heavier or more powerful.

“When you look at something like religion, people seem to take those stories as true events that really happened,” states Heafy. “With mythology, everyone knew these were stories created, and used them as ways to help live their lives better or to help them to cope with things. So I’ve used those myths as a tool to help further develop the lyrics.”

Trivium have been threatening to make that final leap from established contenders to full-on metal heroes for the last few years, and with Shogun, their fourth and manifestly best album to date, they have clearly mastered the metal arts and are ready to step into the arena with the genre’s greats. From the bludgeoning bombast of “Kirisute Gomen” through to the hook-laden savagery of “Down From The Sky” and “Into The Mouth Of Hell We March”, and on to the towering steel-plated genius of “Shogun” itself, this is truly Trivium’s defining album and the first stone-cold classic of their career. With over 800 live shows under their belt to date, Florida’s finest are ready to hit the road again and this time they have both the songs and the self-belief to take on all-comers.