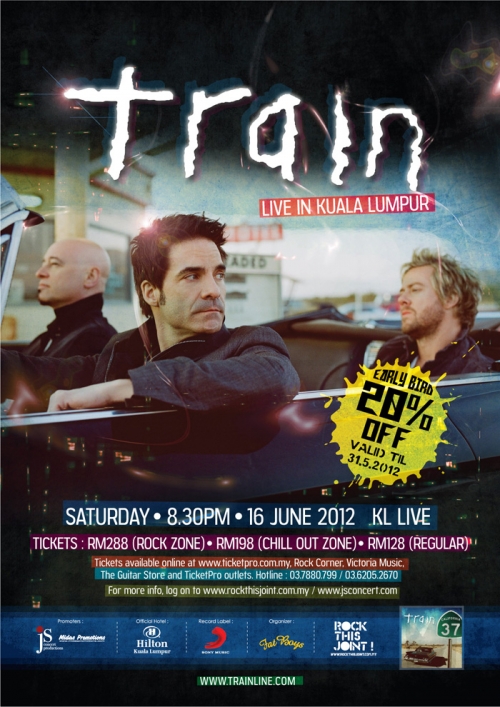 Train started their career in 1994 but gained mainstream success with their debut album, Train, which was released in 1998 with the hit “Meet Virginia”Their second album, Drops of Jupiter (2001), brought the band stupendous acknowledgment in a short time of period

Returning in late 2009 with the album Save Me, San Francisco, from which album three singles were certified international hit “Hey, Soul Sister”, “If It’s Love” and “Marry Me” reached high positions on the Billboard Hot 100. Their latest album which was released in 2011 is currently # 11 on Billboard. Train has been performing the song “Drive By”, which is the first single release from the new album, during their 2011 Summer Tour.