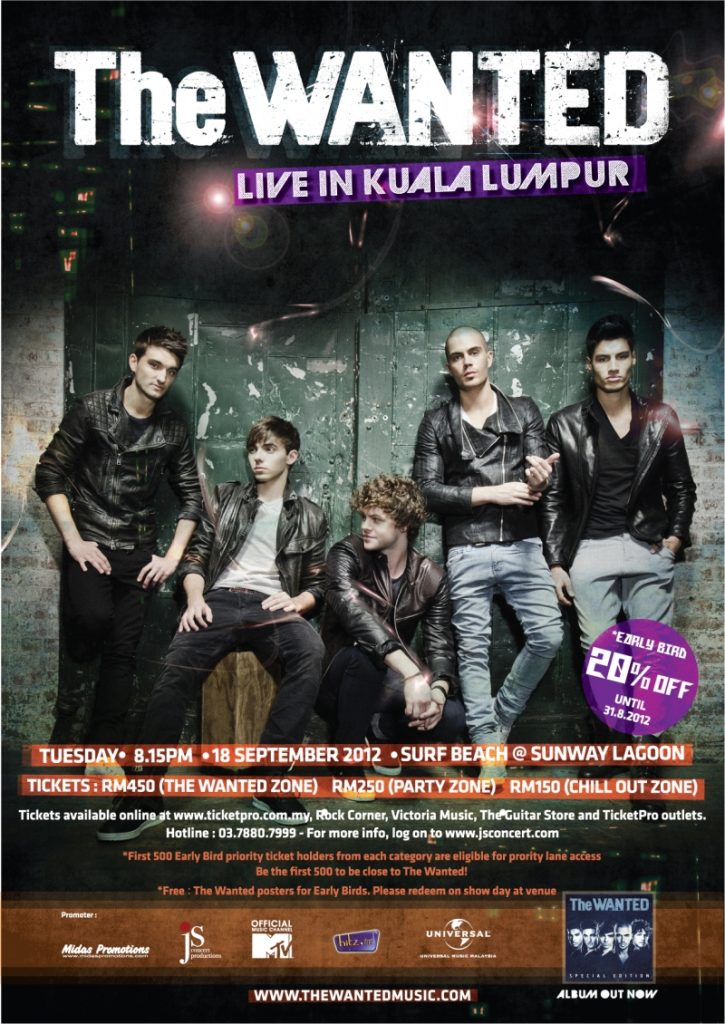 The Wanted Live in Kuala Lumpur 2012

The Wanted are a British-Irish boy band, formed in 2009 who made their debut release in July 2010. The group consists of members Max George, Nathan Sykes, Tom Parker, Jay McGuiness and Siva Kaneswaran and are currently signed to Island Records and in the US Mercury Records.

The group’s second album Battleground saw release on 4 November 2011 and hit #5 in the UK and #4 in Ireland. The lead single from the album “Gold Forever” was released in aid of Comic Relief and reached number three on the UK Singles Chart. Their second #1 hit “Glad You Came” topped the singles chart in the United Kingdom for two weeks, and in Ireland for five weeks. Third and fourth singles “Lightning” and “Warzone” hit #2 and #21 in the UK.

Beginning in 2012, the group have begun to see success in the US and Canada, with hit single “Glad You Came” selling three million copies there, hitting #3 on the Billboard Hot 100 whilst their second single “Chasing The Sun” has become their second Billboard chart #1, hitting the top spot on the Hot Dance Club Songs chart.