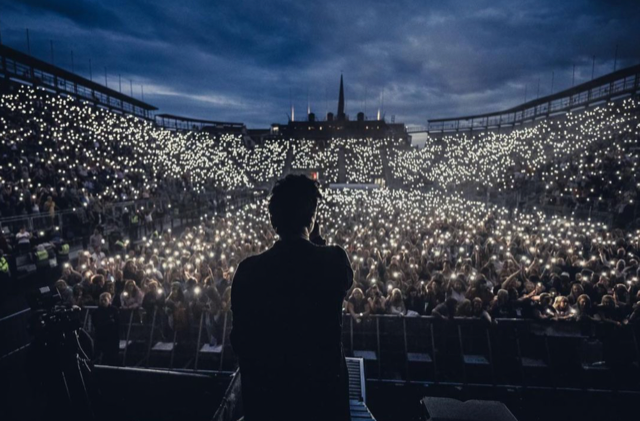 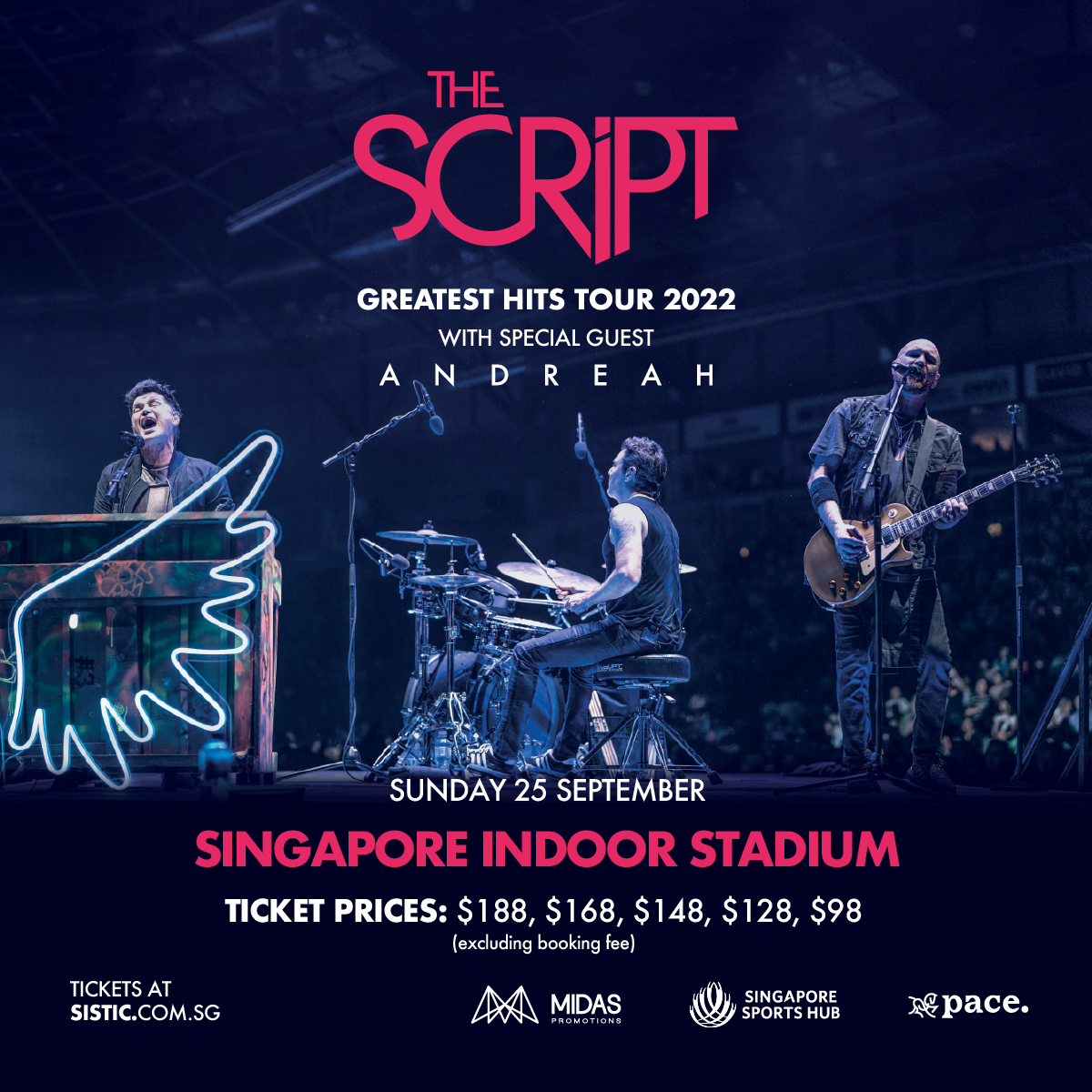 THE SCRIPT are thrilled to announce that they are coming back to Asia and bringing their Greatest Hits Tour 2022. The Irish pop-rock trio will be performing in Singapore on Sunday, September 25 at the Singapore Indoor Stadium. Midas Promotions.

The group will be touring in celebration of their Tales From The Script album, a compilation of their biggest hits and fan favorites from their six studio albums so far. The album highlights classic cuts from the trio’s stellar catalogue, including the UK #1 smash ‘Hall of Fame’ (featuring will.i.am) and chart-topping hits ‘The Man Who Can’t Be Moved’, ‘For The First Time’, ‘Superheroes’ plus the new single ‘I Want It All’. It also includes landmark moments and staples of their live show ‘Breakeven’ their debut singles ‘We Cry’ and ‘Rain’.

ANDREAH is a twenty-year-old Irish-Filipino singer-songwriter and music has played a part of her everyday life from a young age. Before the pandemic, ANDREAH has opened for Sam Smith, The Script, Air Supply, 911, The Hara and Roadtrip. She has also performed at several festivals, including: Neon Lights in Singapore, Party in the Park in Dubai, London Barrio Fiesta and Its A Girl Thing in Manila. Being a gifted and prolific songwriter, ANDREAH has recently been signed by Sony Music Publishing, to a worldwide Publishing deal.