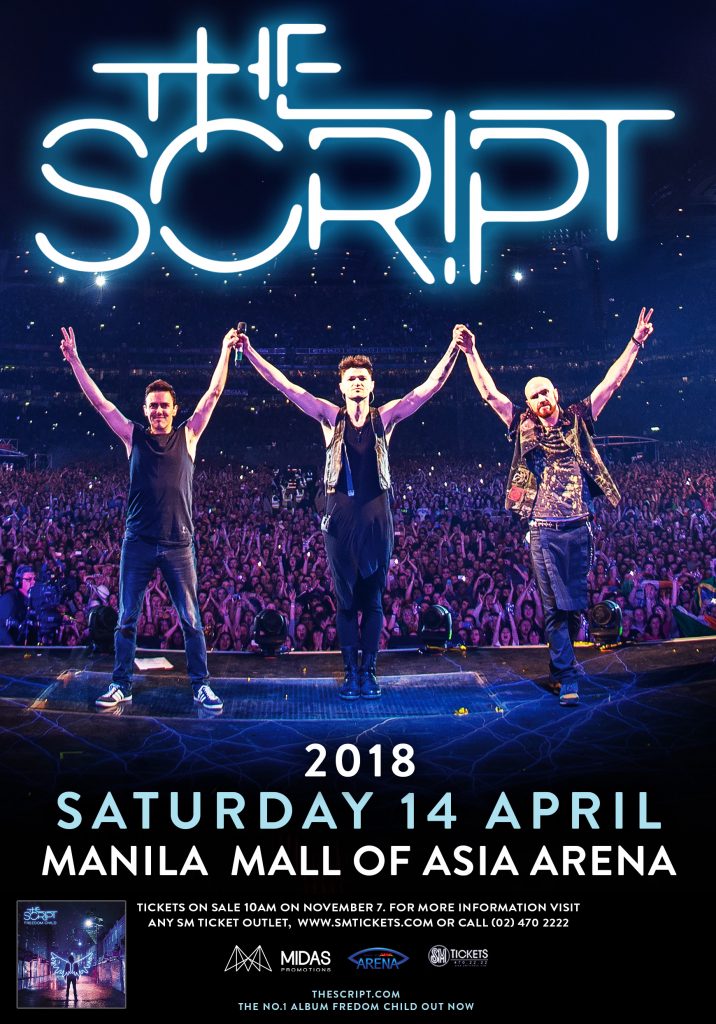 Midas Promotions are happy to announce that The Script are returning to Manila for the 4th time!