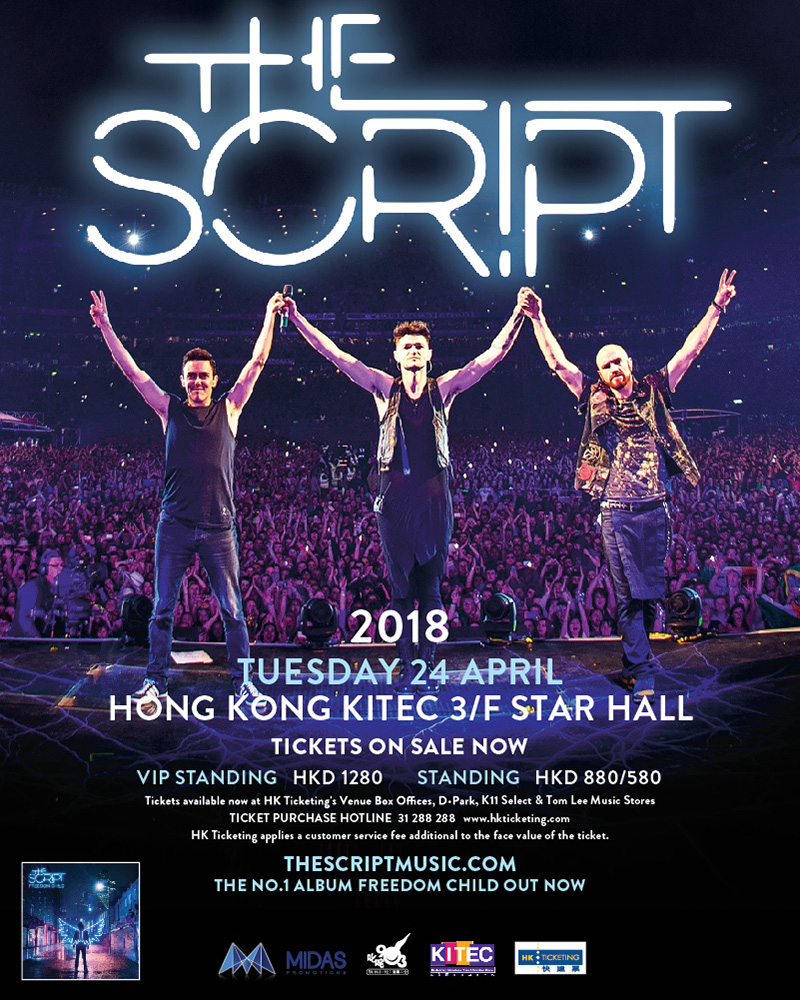 Midas Promotions are happy to announce that The Script are returning to Hong Kong this 2018!