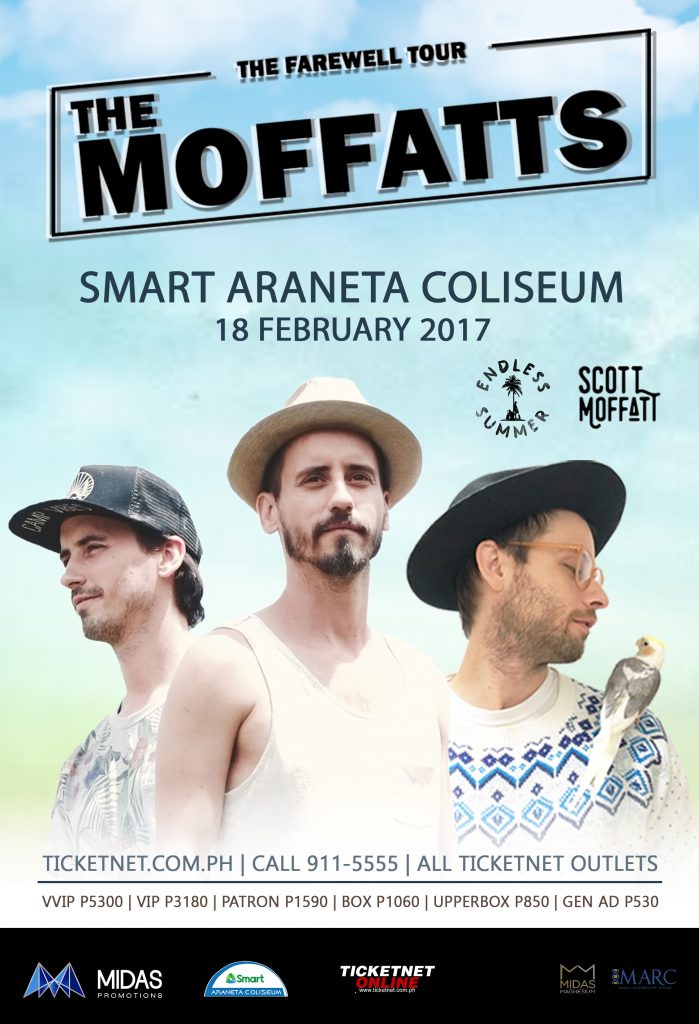 Live at the Smart Araneta Coliseum on February 17, 2017

VVIP Tickets will include: Pre-show sound check party access, signed and personalized photo card of The Moffatts, and a photo with Scott, Clint and Bob.

VIP Tickets will include: a signed photo card from the band.

The Canadian Pop-Rock band are returning to Manila for the first time in 16 years with brothers Scott, Clint and Bob set to perform all of their 90’s hits one last time. The boys will also be debuting material from their new projects – Endless Summer, and Scott Moffatt, respectively.

The Moffatts have two Classic Hits that rival ‘Hotel California’ for the biggest international songs of all time in the Philippines – “Miss You Like Crazy” and “If Life is So short”. To this day they remain the biggest selling international band of all time in The Philippines. The boys had the largest audience ever at the Hard Rock Café in Manila – in fact the glass at the entrance collapsed from to many people trying to get in. To add to that they once had close to 40,000 people in attendance for their SM Mega Mall show in 1998.