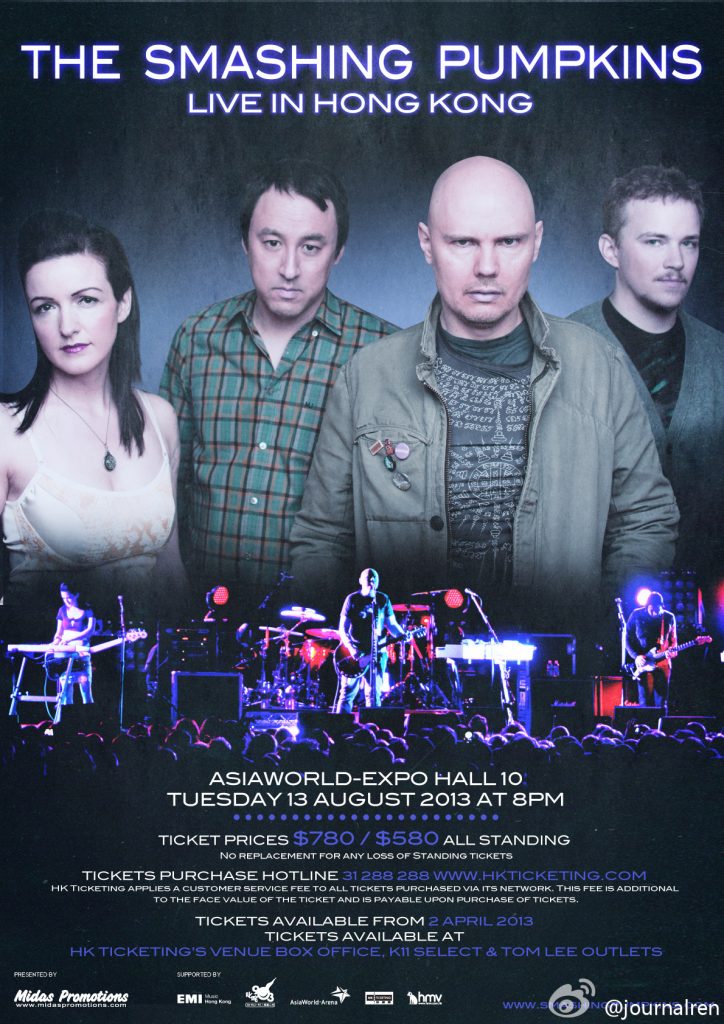 The Smashing Pumpkins is an American alternative rock band from Chicago, Illinois, formed in 1988. Disavowing the punk rock roots of many of their alt-rock contemporaries, the Pumpkins have a diverse, densely layered, and guitar-heavy sound, containing elements of gothic rock, heavy metal, dream pop, psychedelic rock, progressive rock, shoegazing-style production, and, in later recordings, electronica.

The Smashing Pumpkins broke into the musical mainstream with their second album, 1993’s Siamese Dream. The group built its audience with extensive touring and their 1995 follow-up, the double album Mellon Collie and the Infinite Sadness, which debuted at number one on the Billboard 200 album chart. With 19.75 million albums sold in the United States, The Smashing Pumpkins were one of the most commercially successful and critically acclaimed bands of the 1990s.

In the fall of 2012, the band played a US tour in support of Oceania playing the album in its entirety. On December 10, 2012 Smashing Pumpkins played a make-up show with Morning Parade at the Barclays Center in Brooklyn New York, USA. The show was shot in 3D.

The band have already begun work on their next album, in which according to Corgan they are optimistic in aiming for a December 2013 release date.