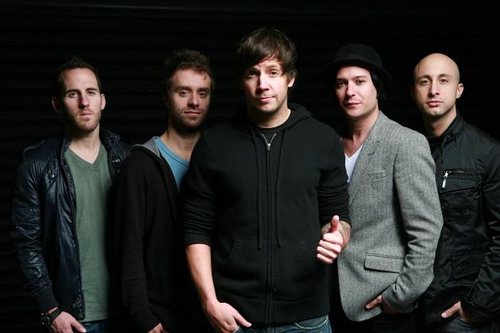 Two albums. Seven million copies sold worldwide. A string of hits like “I’d Do Anything,” “Addicted,” “Perfect,” and “Welcome to My Life.” A worldwide legion of fans who can testify to the power of one of the fiercest live shows ever to hit the boards.

The musical experiments also inspired Bouvier and Comeau to pen some of their most focused and provocative lyrics to date. “Save You” deals with Bouvier’s brother’s battle with cancer. “What If” is a wideview essay, inspired by the TV show “Heroes,” about changing and improving the world. And though the swelling “I Can Wait Forever” is an unconditional love song about Bouvier’s current relationship, much of the rest of the album deals with dark and even bitter romantic tumult.

“When people ask me to describe our sound,” Bouvier says, “I always think of it as angry, negative, depressive lyrics over really poppy, uplifting music. That’s the way it’s always been. This is just a really personal record. It’s a record about how we’re feeling, so that’s what reflects out of it.” Simple Plan is now ready to take “SIMPLE PLAN” where the band feels best — on the road. The group has rehearsed extensively to work the new material into live performance shape and is confident it will rock its fans just as hard as its two predecessors.