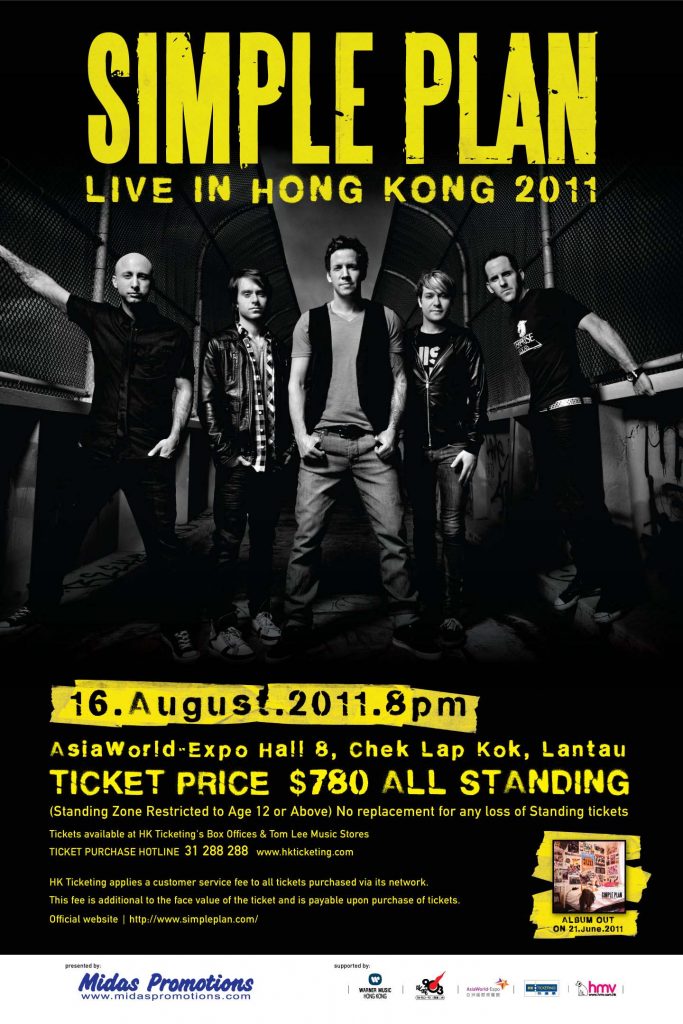 Simple Plan’s connection with its fans has translated into a string of hit singles, including “I’d Do Anything,” “Addicted,” and “Perfect” from their 2002 double-platinum debut No Pads, No Helmets…Just Balls, “Welcome To My Life” and “Untitled (How Could This Happen To Me)?” from 2004’s platinum Still Not Getting Any.

“When I’m Gone” and “Your Love Is A Lie,” from 2008’s Simple Plan, which debuted in the Top 3 in Mexico, Brazil, Japan, and Canada, Top 10 in Hong Kong, Sweden, Austria, Switzerland, Australia, and Germany, and Top 20 in Spain, Finland, and France. Overall, Simple Plan have sold nearly four million albums in the U.S. and Canada and more than 7.5 million albums worldwide. This band comes alive on the road. That’s where we’ve earned everything in terms of our fans. We really wanted to keep the energy up there, have a lot of fun with these songs and make sure they came across that way while playing them live.

The band members feel they wrung their best work out of themselves by approaching the writing process differently this time around. “On our second album, we wrote 12 songs and each one was on the album,” Comeau says. “We probably had 40 ideas, but never completed them. This time, we forced ourselves to finish every idea, so we ended up with around 70 songs.” From there, the band narrowed it down to 30, and finally to 11 that are included on Get Your Heart On!