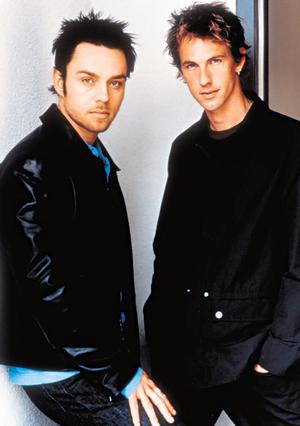 In 1993, multi-instrumentalist and producer Daniel Jones placed an advertisement in Brisbane newspaper Time Off seeking a vocalist for his five-piece covers band Red Edge which he had formed with his brothers. Darren Hayes, who was studying at university, was the only respondent and joined after his first audition.

With the release of their emotionally-charged second studio album on Columbia Records, the 12 -track, “AFFIRMATION,” Hayes and Jones are embarking on a brave new journey, more intimate than ever and yet with a reach that’s universal via its prevailing themes of love and love lost, despair, and the hope and faith that come from learning to channel emotions into lessons learned.

The album, which was recorded in San Francisco and New York, was produced by the Grammy-winning, Walter Afanasieff (Ricky Martin, Mariah Carey, Celine Dion, Michael Bolton), with Hayes and Jones co-producing and writing all songs. “Musically, lyrically, and performance-wise, we wanted this album to grow out of something natural,” says Hayes. “It’s almost beautifully sad, in a kind of bittersweet way.” Hayes practically forced himself into emotional upheaval by transplanting from his home in Australia and moving to Manhattan for a year in 1998, to feed off of the city’s ironic mix of intoxicating adventure countered by its sometimes consuming loneliness.