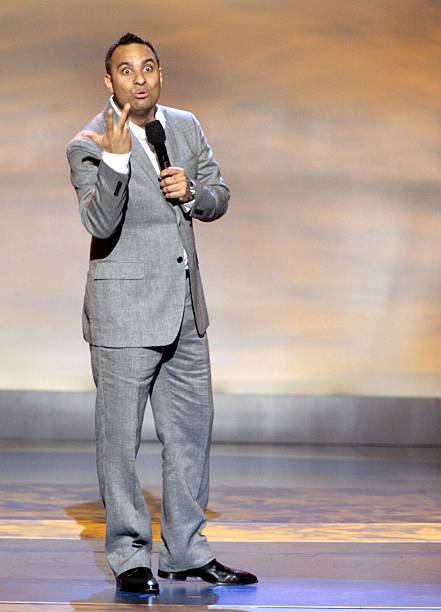 Russell Peters is already a comedy superstar in much of the world. During a recent tour of Dubai, Russell sold tickets at the rate of one ticket every two seconds – crashing all the online sales outlets as soon as the tickets went on-sale. In April 2005, Russell was the first South Asian to headline and sell-out the Apollo Theatre in New York City.

In June 2007, Russell became the first comedian to sell-out Toronto’s Air Canada Centre – performing for over 30,000 fans over two nights.

Russell has been doing stand up for 20 years and already has an impressive resume. He had a recurring role in the Canadian sitcom Lord Have Mercy and hosted his own BBC chat show Network East Late. His movie credits include the comedy Quarter Life Crises, My Baby’s Daddy and the martial arts flick Tiger Claws III.