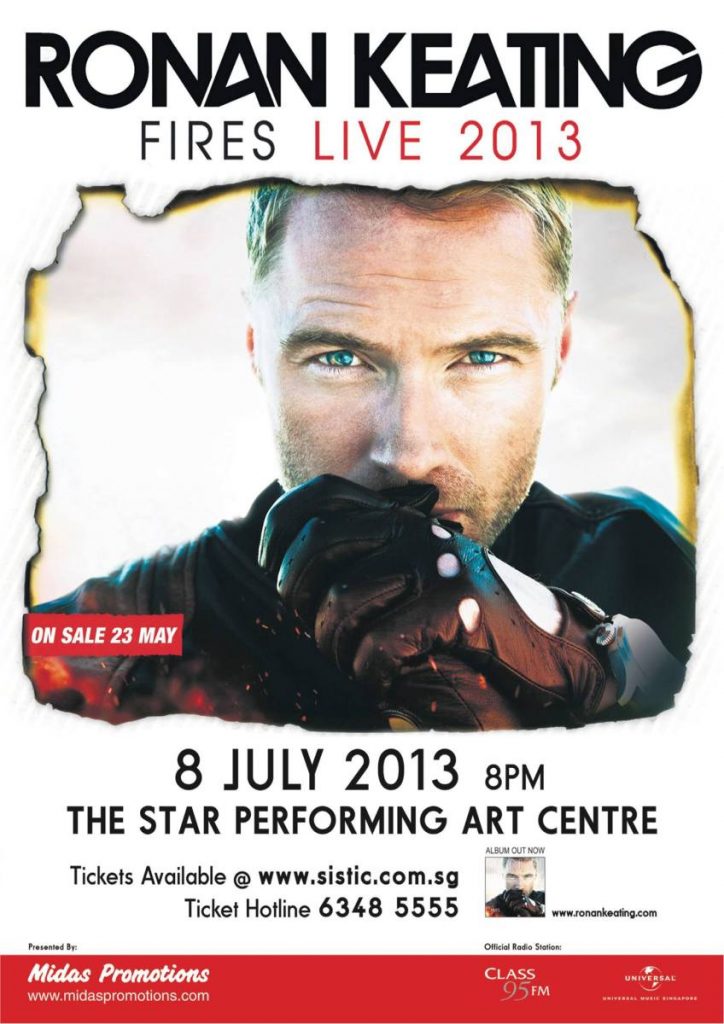 Ronan Patrick John Keating (born 3 March 1977) is an Irish recording artist, singer-songwriter, musician, and philanthropist. Keating gained worldwide attention when his single “When You Say Nothing at All” was featured in the film Notting Hill and peaked at number one in several countries.

In 2005, he was appointed as a UN Goodwill Ambassador, and in 2007 became the first international artist to perform in Cambodia. Keating has performed with Elton John at Madison Garden, for Prince Charles at The Prince’s Trust 30th Birthday, and has even sung for the Pope – twice. He has also earned a place in the Guinness Book of World Records for being the only artist ever to have 30 consecutive top 10 singles in the UK charts. You can currently find him as a judge on The X Factor Australia. He released his latest album Fires in September of 2012 with single of the same name.

Ronan’s soulful voice has won him millions of fans around the world by crooning out fan favorites such as “When You Say Nothing at All ” “If Tomorrow Never Comes,” and “Life is a Rollercoaster.”