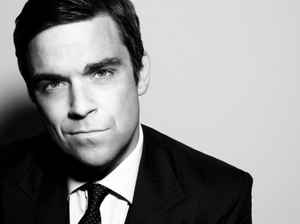 Williams rose to fame in the band’s first run in the early- to mid-1990s. After many disagreements with the management and certain group members, Williams left the group in 1995 to launch his solo career. On 15 July 2010, it was announced he had rejoined Take That and that the group intended to release a new album in November 2010 which became the second fastest-selling album of all-time in UK chart histor and the fastest-selling record of the century.

Williams has sold over 70 million records worldwide, which ranks him among the best-selling music artist worldwide.[6] He is the best-selling British solo artist in the United Kingdom and the best selling non-Latino artist in Latin America. Six of his albums are among the top 100 biggest-selling albums in the United Kingdom. He has also been honoured with seventeen BRIT Awards—more than any other artist—and seven ECHO Awards. In 2004, he was inducted into the UK Music Hall of Fame after being voted as the “Greatest Artist of the 1990s.”

Midas Promotions confirmed that Robbie Williams will play Dubai in April 2006, and already have a number of other Headline acts in the pipeline to follow. Ian Huffam of X Ray Touring added “ Robbie is very much looking forward to performing at such a prestigious venue in Dubai. The concert will go on sale in March, and promises to be the live event of the year in the U.A.E. We look forward to working with our local partners Midas Promotions FZ LLC on this major event.