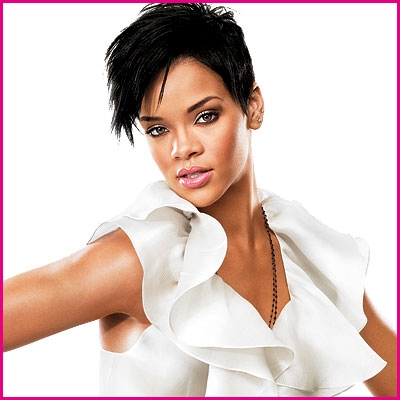 In addition to her mind blowing musical successes, Rihanna created a charity organization for impoverished children and has signed on to endorse a wide variety of multi-billion dollar companies including Venus Gillette, Nike and Secret.

While it may be hard to imagine, just four years ago, Rihanna was a young girl living in the beautiful Barbados parish of Saint Michael. Her first connection to the music industry came when she met a vacationing music producer named Evan Rogers from New York City. After an impromptu performance for Evan, he was absolutely certain she would one day make history. Soon after, Evan and Rihanna traveled to the Big Apple in search of a record deal. It took just one meeting with Jay-Z for Rihanna to score her big break. Jay, who had just recently been appointed the President of Def Jam Records, was so taken by the young singer’s arresting natural talent that he signed her to the legendary label on the spot.

Rihanna’s impressive discography and a growing collection of the music industry’s most cherished awards has proven that this is only the beginning. With her beauty, fashion and business sense to match, the Island girl turned international superstar will continue to rock the world for years to come!