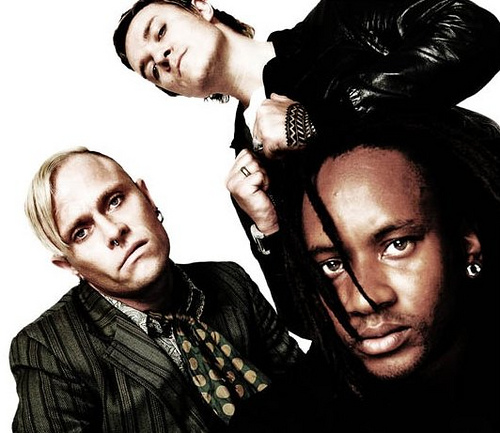 The Prodigy are an English electronic dance music group formed by Liam Howlett in 1990 in Braintree, Essex.

Along with Fatboy Slim, The Chemical Brothers, and other acts, The Prodigy have been credited as pioneers of the big beat genre, which achieved mainstream popularity in the 1990s and 2000s. They have sold over 25 million records worldwide.

The Prodigy navigated the high wire, balancing artistic merit and mainstream visibility with more flair than any electronica act of the 1990s. Ably defeating the image-unconscious attitude of most electronic artists in favor of a focus on nominal frontman Keith Flint, the group crossed over to the mainstream of pop music with an incendiary live experience that approximated the original atmosphere of the British rave scene even while leaning uncomfortably close to arena-rock showmanship and punk theatrics

True, Flint’s spiky hairstyle and numerous piercings often made for better advertising, but it was producer Liam Howlett whose studio wizardry launched the Prodigy to the top of the charts, spinning a web of hard-hitting breakbeat techno with king-sized hooks and unmissable samples.

Despite electronic music’s diversity and quick progression during the 1990s — from rave/hardcore to ambient/downtempo and back again, thanks to the breakbeat/drum’n’bass movement — Howlett modified the Prodigy’s sound only sparingly; swapping the rave-whistle effects and ragga samples for metal chords and chanted vocals proved the only major difference in the band’s evolution from their debut to their worldwide breakthrough with their third album The Fat of the Land. Even before the band took its place as the premiere dance act for the alternative masses, the Prodigy had proved a consistent entry in the British charts, with over a dozen consecutive singles in the Top 20.