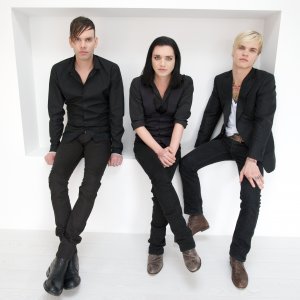 Placebo’s sixth studio album, Battle for the Sun, was released on June 8th 2009. Recorded over three months at Metal Works Studios in Toronto with producer David Bottrill and mixed in London by My Bloody Valentine, Smashing Pumpkins and Nine Inch Nails supremo Alan Moulder, Battle for the Sun is a startling, alive, vital and boundary-vaulting Placebo record.

According to Brian Molko, “not hard rock and it’s not pop, it’s probably hard pop. I think we’ve made a record which is almost the flipside of ‘Meds’. We’ve made a record about choosing life, about choosing to live, about stepping out of the darkness and into the light. Not necessarily turning your back on the darkness because it’s there, it’s essential; it’s a part of who you are, but more about the choice of standing in the sunlight instead.”

The relationship between Placebo and Bowie continued to blossom, as Bowie made a special appearance on-stage with the band during a tour stop in New York, in addition to both parties uniting for a re-recording of the title track from Without You I’m Nothing (issued as a single in 1999). Placebo’s third release, Black Market Music added hip-hop and disco elements to the band’s tense rock sound. The U.K. saw a release date in early 2000; stateside fans were treated to a resequenced version that fall. The U.S. version featured a slightly different track listing, adding the aforementioned Bowie version of “Without You I’m Nothing” and the band’s cover of Depeche Mode’s “I Feel You”. The recording spawned additional U.K. hits such as “Taste in Men” and “Slave to the Wage.”

In spring 2003, Placebo showcased a harder edge with the release of their fourth album, Sleeping with Ghosts. The album went Top Ten in the U.K. and sold 1.4 million copies worldwide.