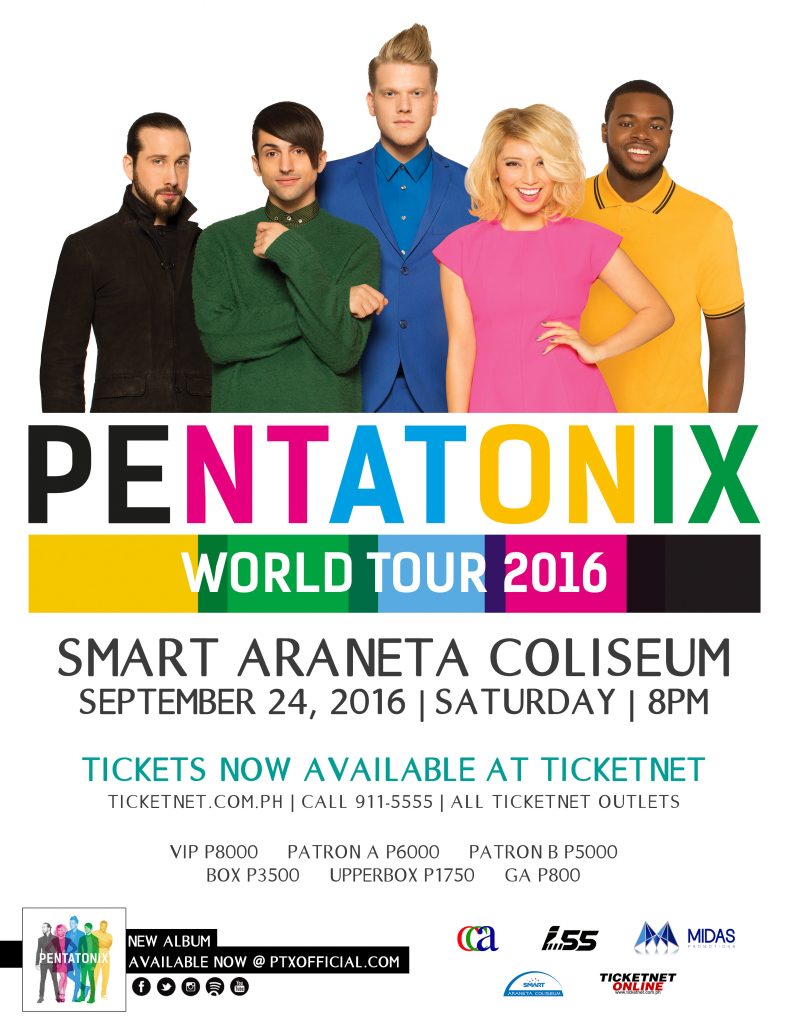 PENTATONIX are back in Asia this September with shows in Taipei and Manila!

Tickets on sale now via www.ticketnet.com.ph