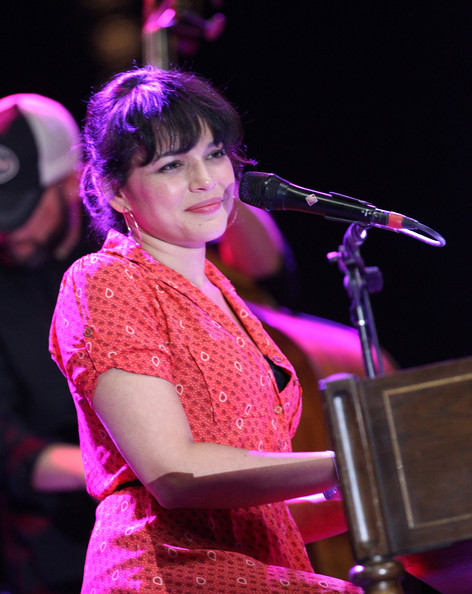 Norah Jones first emerged on the world stage with the 2002 release of Come Away With Me, her self-described “moody little record” which became a global phenomenon and earned her 5 Grammy Awards including: Album of the Year, Record of the Year and Best New Artist. The album was certified “Diamond” for selling more than 20 million copies, and signaled a shift in an industry dominated by synthetic pop.

Her subsequent studio albums; Feels Like Home (2004), Not Too Late (2007), and The Fall (2009), all gained Platinum status after selling more than 1 million copies. To date she has sold more than 40 million albums worldwide and won 9 Grammys, establishing her as one of the best-selling artists of her time.

There is little doubt that Norah Jones has grown and diversified with the release of Little Broken Hearts, which was produced by Danger Mouse, in the next step of her artistic evolution as one of music’s most intriguing singer-songwriters. Jones debuted the entire album at her 2012 SXSW performance, to the warm reception of both fans and critics. The leading single of the album “Happy Pills”, was released March 6, 2012 and debuted at #46 in US Billboard Rock Songs and #15 in US Billboard Adult Contemporary charts.

The folksy voice of Cory Chisel will joining in as the opening support act. The country roots rocker has just released his latest album “Old Believers.”