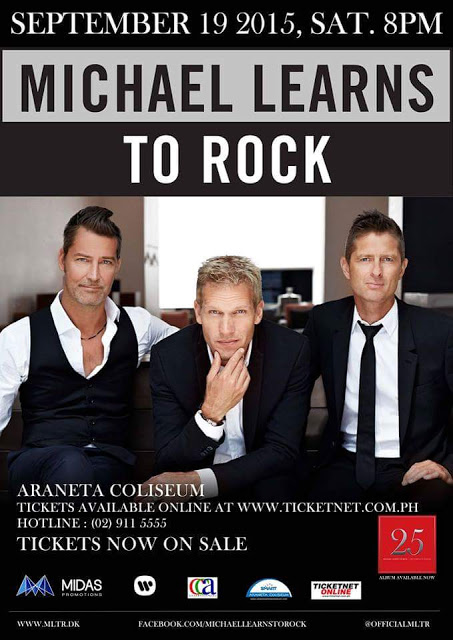 Michael Learns to Rock are back in concert September 19 at the Big Dome in Manila after 7 years!

DANISH pop-rock band Michael Learns to Rock (MLTR) which last performed in the Philippines in 2008, returns for a one-night concert on September 19 at Smart Araneta Coliseum.