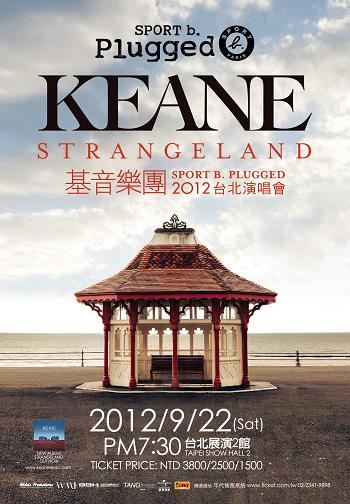 Keane achieved mainstream success with the release of their debut album, Hopes and Fears, in 2004. The album won multiple awards and was the second best-selling British album of the year. Their second studio album, Under the Iron Sea, continued the band’s success, topping the album charts in the UK and debuting at No.4 on the Billboard 200 chart. Their third album, Perfect Symmetry was released in October 2008. In May 2008, both Hopes and Fears (number 13) and Under the Iron Sea (number 8) were voted by readers of Q magazine as among the best British albums ever, with Keane, The Beatles, Oasis and Radiohead the only artists having two albums in the top 20. Their EP, Night Train, was released in May 2010. Their fourth studio album, Strangeland, was released in May 2012, and again peaked at No.1 on the UK Albums Chart.

Keane are known for using a piano (or a synth) as the lead instrument instead of guitars, differentiating them from most other rock bands. The inclusion of a distorted piano effect in 2006 and various synthesisers were a common feature in their music that back then combined the piano rock sound used during their first album and the more electronic sound which developed on the second and third albums. Since the start of their career, the band has sold over 10 million albums worldwide.