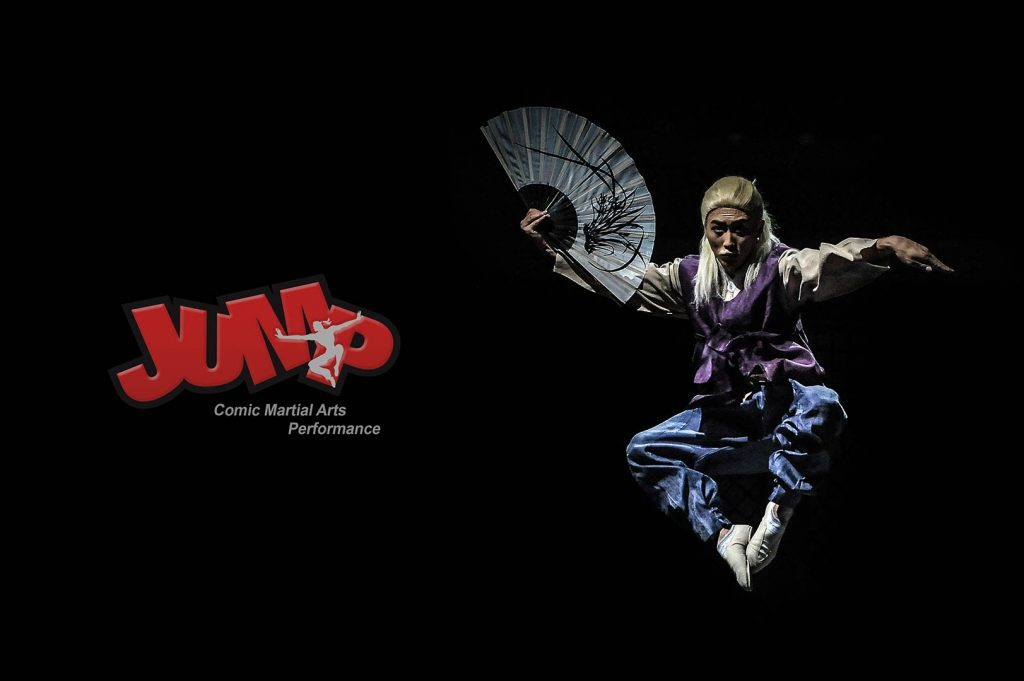 JUMP mixes Korean martial arts, physical comedy and champion grade tumbling with a wink to soaps and a spoof of all things ethnic…There are also brilliant DIY sound effects, laugh-aloud tumbling and a hilarious cross-dressing of cultures.

Each member of the household, from the strict Grandfather to the pretty young daughter, enjoys nothing more than challenging the rest of the family to martial arts showdowns. When two burglars break into the house occupied by three generations of highly trained martial artists, the family turns their expertise on the unexpected guests. The hyperactive sitcom that ensues is the ideal forum for this troupe to show off their extensive training in martial arts, acrobatics, gymnastics and comic acting.

Jump premiered at the Woolim Theater of Seoul in 2003, and has since become a megahit. The show comes to New York following successful engagements in Israel, Hong Kong, Macao, Hong Kong, Malaysia, Madrid, the Edinburgh Fringe Festival (2005 and 2006), Tokyo, Osaka and London (with a repeat engagement at the prestigious Peacock Theatre and a special appearance on Queen Elizabeth’s Royal Variety Show). The production is currently enjoying an open run of sold-out shows in Seoul, Korea. Engagements are also set to commence in Russia, China, Malaysia and Australia.