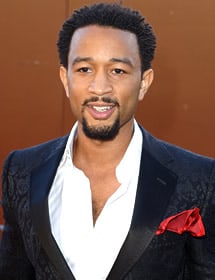 In 2004, John Legend (then known primarily as an in-demand all star studio session man) stepped into the solo spotlight as a premier singer-songwriter-pianist-performer in his own right with his debut album Get Lifted.

Driven in part by the hit singles “Ordinary People” and “Used to Love You” Get Lifted was a critical and commercial triumph.

The 27-year-old is touring in support of his new album, Once Again which include hits such as “Save Room” and “Heaven”.

His talents and solid songwriting impressed producer Kanye West. John also wrote “You Don’t Know My Name” for Alicia Keys and collaborated with Lauren Hill and Jay-Z, among others.

This is one exciting night in January filled with breezy and sexy soul that you can’t miss. Book your tickets now.