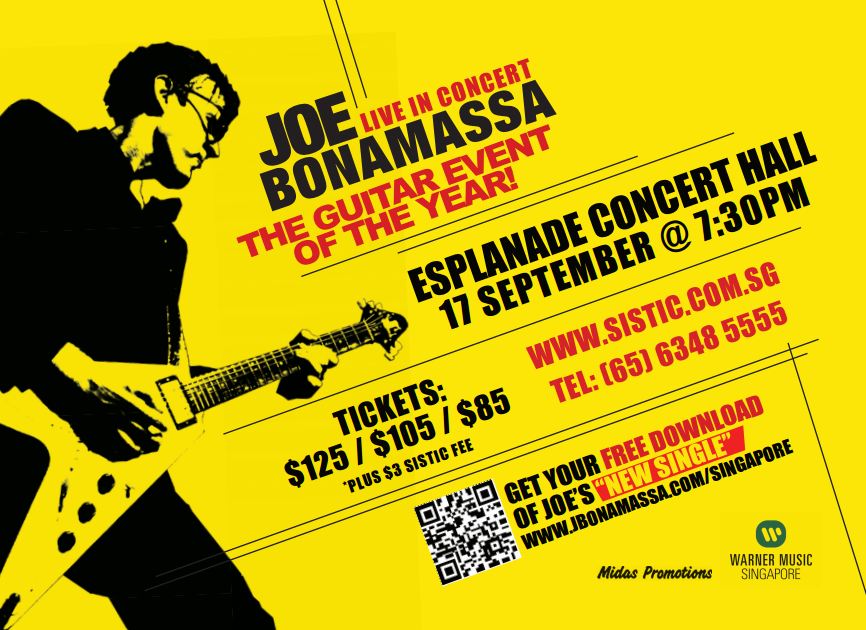 Bonamassa was born and raised in New Hartford, New York. His parents owned and ran a guitar shop. He is a fourth-generation musician; with a great-grandfather and grandfather who both played trumpet, and a father who plays guitar, Bonamassa credits his parents with fostering an appreciation of music in his life as early as he can remember.

When he was a young child, he would listen to his parents’ large record collection. He recalls at age 7, sitting with his parents on Saturdays and listening to Guitar Slim, Bonnie Raitt, Crosby, Stills, Nash, and Young, Eric Clapton, and Jethro Tull. Thus, he sees his music as an amalgam of all the various rock and blues he heard as a child.

Unlike other successful blues-rock guitarists, Bonamassa cited his influences as being British and Irish blues acts, rather than American artists. Within the blues genre, hearing the traditional blues players, as with Guitar Slim, Robert Johnson, Muddy Waters, and all the traditional American blues players, (with the exception of B.B. King), comparing the music in the United States to the “European” versions of the blues, Bonamassa found the English blues, fostered by the Jeff Beck Group, Eric Clapton and the Irish blues player Rory Gallagher, to be far more interesting to him than the original Delta blues players. In an interview in Guitarist magazine (issue 265), he cited the three albums that had the biggest influence on his playing: John Mayall & the Bluesbreakers with Eric Clapton (the Beano album), Rory Gallagher’s Irish Tour and Goodbye by Cream. He also stated that Stevie Ray Vaughan’s Texas Flood was a big influence at a young age.

In early 2012, Bonamassa completed the recording of his twelfth studio album. The title was confirmed by Bonamassa in a post on his official Facebook page on March 12 2012 as Driving Towards The Daylight. Bonamassa debuted the title track during his UK Tour in the same month