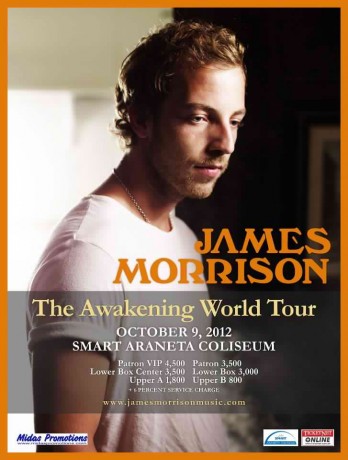 Morrison was born in the town of Rugby, Warwickshire, where he was surrounded by the influence of his parents’ record collection; his mother was a fan of soul while his father enjoyed listening to folk and country. He began playing guitar when his uncle Joe showed him how to play a blues riff. As a teenager he started busking when he lived in Porth, Newquay, Cornwall, in a local pub called the Phoenix, Watergate Bay. He used to practice playing his guitar on the prom looking over Porth beach.

He took GCSE music at Treviglas Community College. After some years of covering other musician’s songs, he eventually started to write his own. He attributes his distinctive voice to a severe bout of whooping cough that nearly killed him when he was a baby.

According to Morrison, he was influenced by music from a very young age, listening to artists such as Stevie Wonder, Otis Redding, Van Morrison and Al Green. Morrison said that the first time he heard Stevie Wonder’s voice he was close to tears, and has since been fascinated by the way he utilizes his voice.