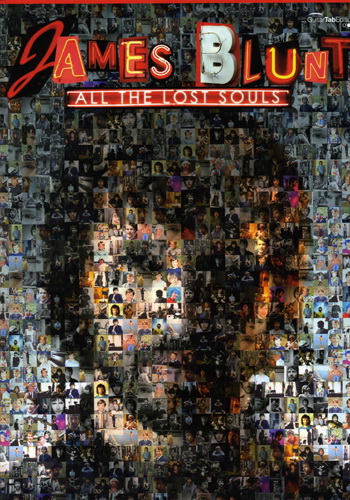 The Way James Blunt sees it, we may get older, but nothing changes much from elementary school. “We seem to be in exactly the same state as when I was 8 years old. In a school playground, children gossiped about who kissed who, who said what about who, who isn’t cool because they weren’t wearing the right clothes. Now on a global scale, people write about who kissed who, who said what, and who’s wearing what clothes.”

On With the recording behind him, Blunt is eager to get back before his fans. “Touring is the most fun you can possibly have,” he says. “It’s the best invention anyone ever came up with.” Yet even he imagines a day-hopefully in the far, far future-when audiences are no longer there. On the album’s closer, “I Can’t Hear the Music,” he sings with a quiet resolve that even after the fans’ applause has faded and the curtain has come down for the last time, the music remains. For Blunt, it’s a song of hope and an ultimate reminder of why he’s here. “The chorus sums it up: “And if I can’t hear the music and the audience is gone/I’ll dance here on my own.” It’s about saying I’m in it for the passion,” he says. “I’m in it for the love of it and the audience may be a temporary thing.”