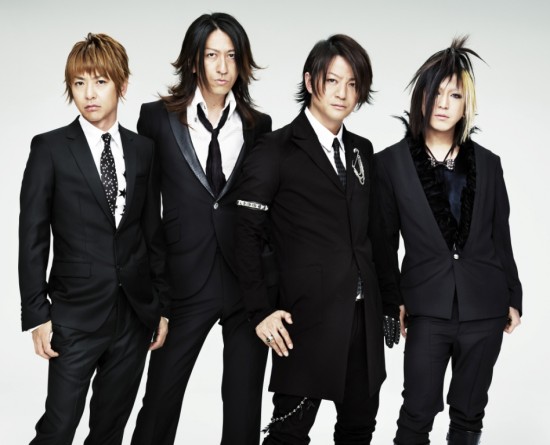 One of the most popular and successful Japanese pop rock outfits, Glay will rock the stage in Hong Kong for the very first time with their Glay Asia Tour 2013 – Justice & Guilty on 25 May 2013 at Asia World Arena.

Glay was formed back in 1988 in Hokkaido when founding members Teru and Takuro were in high school. They later moved to Tokyo to pursue their music career. After the first few tough years in getting gigs, finding members and signing record deals, Glay persevered and launched their debut single in 1994 with the current line-up of Teru on vocals, Takuro and Hisashi on guitar and Jiro on bass. Since then, Glay has steadily gained popularity and has been one of the major forces in leading the J-Rock movement with a host of successful albums, sold-out live gigs and TV performances, making this band one of the most famous rock bands in Japan and across Asia.

Following the tremendous success of the band’s 15th anniversary tour Glay 15th Anniversary Special Live 2009 The Great Vacation with a record turnout of 150,000, Glay announced the launch of their own label – Loversoul Music & Associates in June 2010. In August the same year, the band started the Official Glay Store G-Direct and for the first three months they released three new singles, launched limited editions and official downloads of the band’s live recordings.

Glay’s innovative approach to their music career did not end there. In summer 2012, the band held a two-day Hotel Glay concept concert Glay Stadium Live 2012 The Suite Room in Osaka Nagai Stadium supported by Glico with each of the two nights bearing a different theme, Super Welcome Party and Big Surprise Party to fans’ delight.