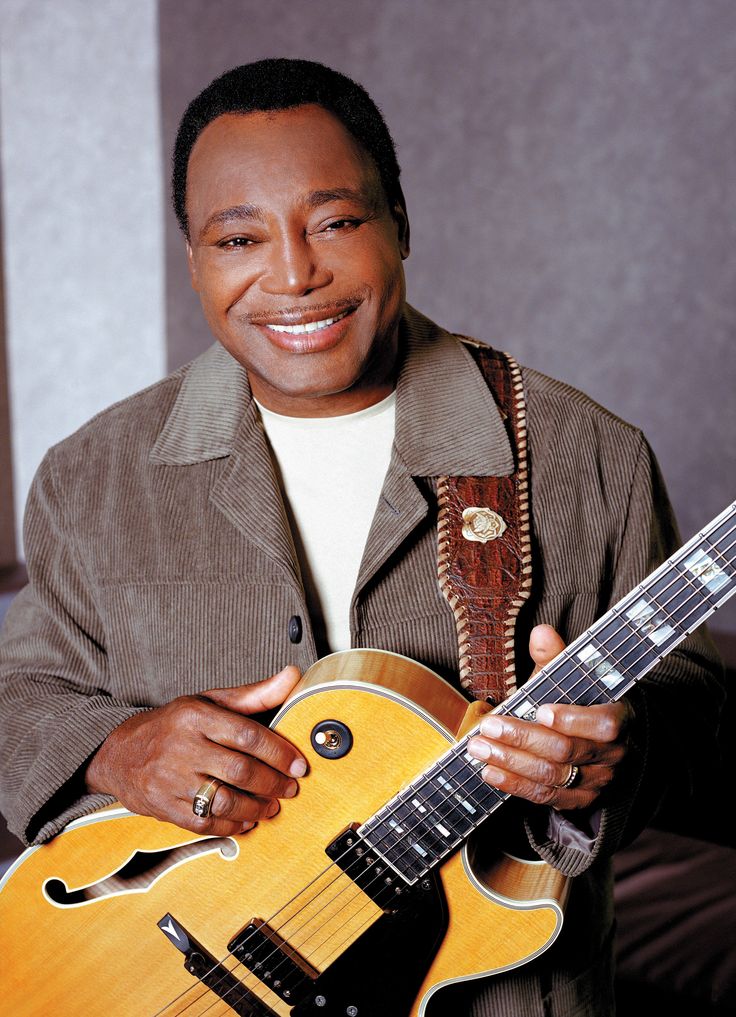 From jazz guitar legend to soul-pop vocalist extraordinaire, 8-time Grammy® winner George Benson has cultivated an international fan base as well as tremendous critical acclaim for three things: incomparable versatility, first-class execution in all he does and, perhaps most importantly, for never being predictable.

These are the qualities that have made the man a one-of-a-kind giant in the universe of music, thus lending a fitting ring to the title of his fourth album for GRP/Verve, Irreplaceable. It is an emotional gemstone of seemingly effortless consistency for the superstar who has been dominating the worlds of smooth jazz and NAC radio. Irreplaceable marks a directional shift back to silky sexy soul music…with a decidedly contemporary urban edge.

Joe Thompson (a.k.a. R&B star JOE, who tailor made several of Irreplaceable’s songs. “‘Strings of Love,’ ‘Six Play’ and ‘Irreplaceable’ were written specifically for George,” Thompson shares. “We tried to keep it accessible to your average listener, but have enough color in the melody and harmony to make it interesting for him as a singer and improviser on his guitar–giving him space to create.” The (10)-song album also includes a primarily instrumental cover of Case’s hit “Missing You,” a personal favorite of Benson’s that spent four weeks at the top of the R&B chart in 2001. Little did he know then that the hit was yet another feather in the production cap of Thompson. Benson’s new version prominently features Verve label mate Richard Bona playing lovely lead bass against George’s ever-tasty guitar. In praise of Bona, Benson states, “He’s got a great sound, his personality is in the instrument and he’s got great chops, but makes it sound easy. You’d have to be a player and try some of that stuff to know just how great he is.”

In 1976, after a move to Warner Bros. under the production of Tommy LiPuma, Benson finally broke through as a singer with his crossover smash cover of Leon Russell’s “This Masquerade,” which sent the album to multi-platinum sales status (a rare feat for a “jazz” album).

From that point on, George Benson has managed to enviably surf the chart tops of the jazz, R&B and pop worlds, defying confining categorization year in, year out. A 2003 singles compilation, The Greatest Hits of All, has been swiftly earning gold and platinum plaques in territories around the globe. And ever since Benson’s reunion with LiPuma (now Chairman of Verve) as a GRP artist with the albums That’s Right (1996), Standing Together (1998) and Absolute Benson (2000), he has consistently earned heavy rotation at smooth jazz, NAC and Quiet Storm radio.

Now, with Irreplaceable, the time has arrived for George Benson to remind the world where his talents all began with a soulful album precision tuned to the tenor of the times.