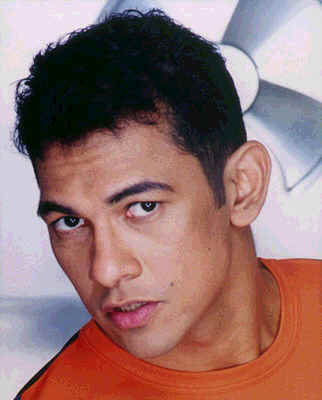 Gary is celebrating his 20th year as a professional entertainer. One of the leading Filipino recording artists and concert performers in the U.S., Gary has just completed a successful U.S. tour with sold out performances in Chicago, Atlantic City, Nashville, San Diego, and San Francisco. In Nashville several American groups approached him about recording again in the U.S.

He’s also asking the Lord, “What do You want me to do for the next 20 years?”

Gary started as an 18-year-old playing at high school variety shows. His wife, Angeli, was modeling and singing at the time. Her manager took an interest in Gary and started promoting him. Within seven months Gary had cut his first record, and became a hot item on TV and a top spokesman for major advertisers like Coca-Cola, Sony, Toyota, and Colgate. Gary performed in Singapore and Malaysia in clubs and got his big break in March of 1985 when he performed in Tokyo with Denice Williams and other celebrities. He soon found himself in demand in the Middle East, Hong Kong, Australia, the U.S. and Canada – mostly because of requests from people in Filipino communities asking for Gary to perform in their area.

Gary and Angeli came to accept Christ after dinner at Angeli’s sister’s home. As they were leaving, Gary noticed a Bible on a table. When his brother-in-law asked if he knew who Jesus was, Gary was quick to answer “the Son of God” since he’d had religious training. But when asked what would happen to him if he died that day, Gary stopped cold. Try as he might, he could only see Heaven and Hell. All his good deeds and benefits seemed pointless. Gary and Angeli both accepted the Lord that night. They knew there was a difference; Gary’s career insecurities left and his spirit lifted.