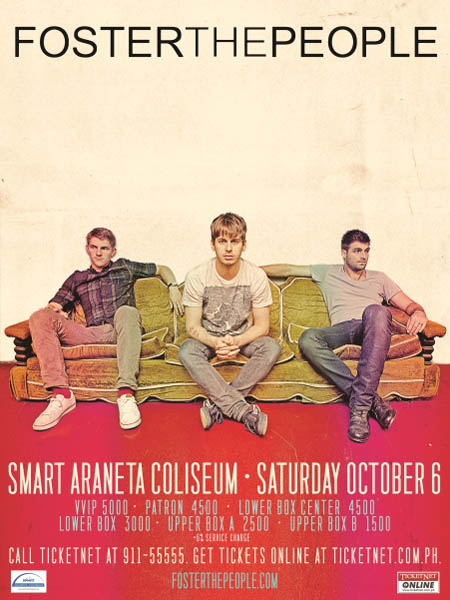 Foster The People Live in Manila 2012

One of the best breakthrough bands of 2011, FOSTER THE PEOPLE performs in Manila on October 6, 2012 at the Smart Araneta Coliseum. Foster the People is an American indie pop band formed in Los Angeles, California in 2009. The group’s music, described as melodic dance-infused pop and rock, spans many genres.

Filipino fans of the band can look forward to hearing songs from Torches including the other singles “Helena Beat,” “Call It What You Want,” “Don’t Stop,” and “Houdini.