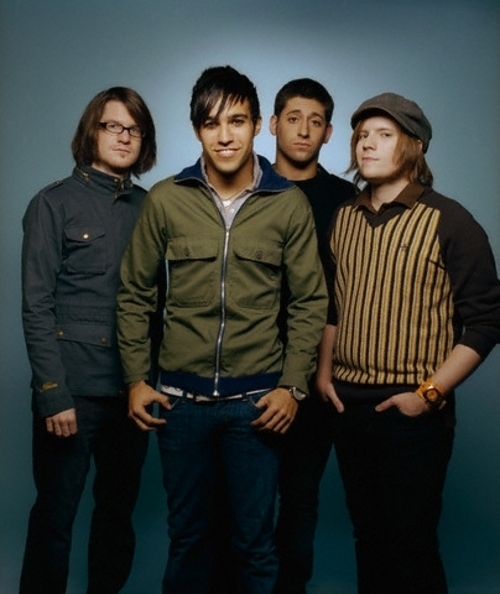 Fall Out Boy Live in Singapore 2007

The accolades didn’t stop there. Fall Out Boy won 3 Teen Choice Awards, and the video for “Dance, Dance” won the MTV Video Music Awards for Viewer’s Choice, and was nominated for Best Group Video. The four members of Chicago’s Fall Out Boy came together in suburban Wilmette around 2000. Vocalist/guitarist Patrick Stump, bassist Peter Wentz, drummer Andrew Hurley, and guitarist Joseph Trohman had all been in and out of various units connected to Chicago’s underground hardcore scene. Most notably, Hurley drummed for Racetraitor, the furiously political metal-core outfit whose brief output was both a rallying point and sticking point within the hardcore community. As Fall Out Boy, the quartet used the unbridled intensity of hardcore as a foundation for melody-drenched pop-punk with a heavy debt to the emo scene.

They debuted with a self-released demo in 2001, following it up in May 2002 with a split LP on Uprising that also featured Project Rocket. The band returned on the label in January with the mini-LP Fall Out Boy’s Evening Out With Your Girl, but by this point a bidding war of sorts was already in full swing. Fall Out Boy eventually signed a deal with Gainesville, FL’s Fueled by Ramen, the label co-owned by Less Than Jake drummer Vinnie Balzano, but also received an advance from Island Records to record their proper debut. The advance came with a right of first refusal for Island on Fall Out Boy’s next album, but it also financed the recording of Take This to Your Grave, which occurred at Butch Vig’s Smart Studios compound in Madison, WI, with Sean O’Keefe (Lucky Boys Confusion, Motion City Soundtrack) at the helm. Grave appeared in May 2003, and Fall Out Boy garnered positive reviews for its gigs at South by Southwest and numerous tour appearances. The ambitious From Under the Cork Tree followed in spring 2005 and reached the Top Ten of Billboard’s album charts.