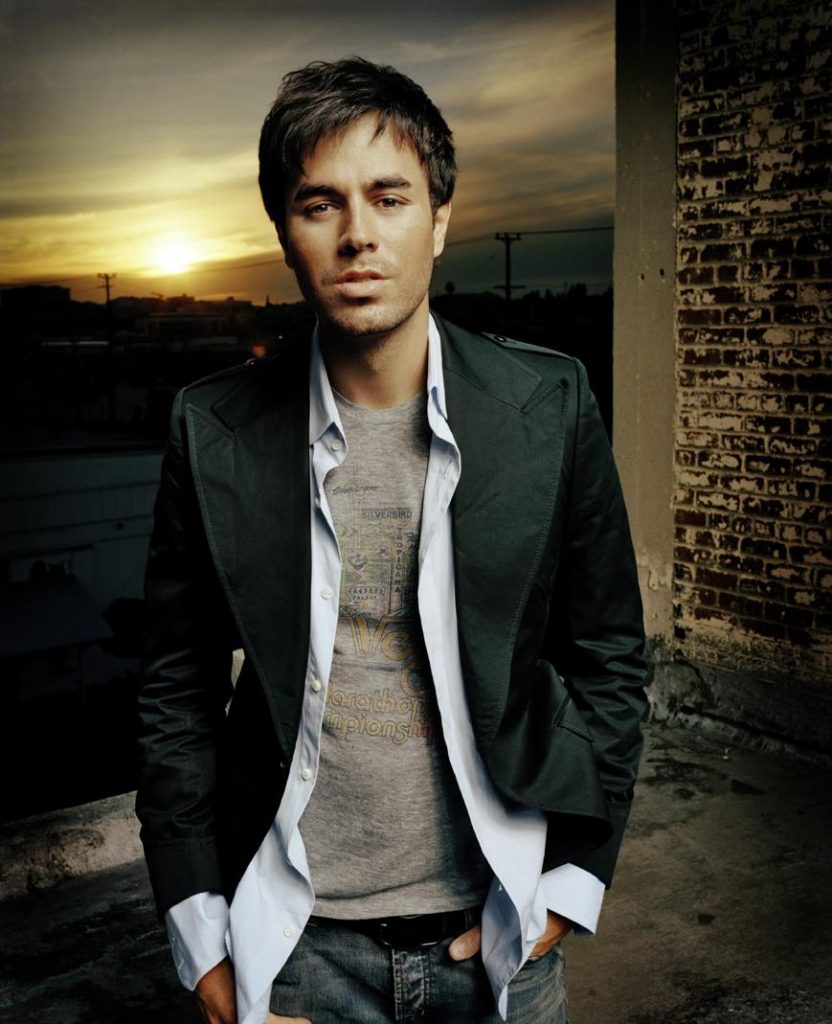 “I like being underestimated,” says Enrique Iglesias. “That’s what pushes me, drives me to make a great album. I keep having to prove myself.”

With six albums–five platinum or better, the other nearing platinum; two in English, four in Spanish; the rare artist to score a U.S. multiplatinum English-language album (2001’s triple platinum Escape) followed by a U.S. multiplatinum Spanish-language album (2002’s double platinum Quizas)–one might think Iglesias would feel satisfied. If he thought merely in terms of pop stardom he would. But there has always been more to Iglesias than meets the eye, including a songwriter’s obsession with lyrics.

Each album was also Grammy nominated for Best Latin Pop Performance, winning once for Enrique Iglesias. He was honored as 1996’s Billboard Artist of the Year and won Billboard’s Album of the Year for Vivir, four American Music Awards, several World Music Award, eight Premio Lo Nuestro Awards, two ACE Performer of the Year Awards, and ASCAP songwriter awards in both 1996 and 1997.

In 1999, the European version of “Bailamos” (“We Dance”) quickly became the most-requested radio track in the largest U.S. markets, including Los Angeles, New York, Miami and Dallas. Will Smith caught an Iglesias show in L.A. and asked him to contribute it to the soundtrack for Wild Wild West. That summer, “Bailamos” hit #1 pop and #1 Latin–and Iglesias won another ASCAP award.

Then came Enrique, his first Interscope album and first in English. He had now recorded in four languages–Spanish, Portuguese, Italian and English. In the U.S., the album soared to Top 40 pop and #1 Latin, and went platinum. After being seen by hundreds of millions during the 2000 Super Bowl halftime extravaganza, Iglesias followed with another world tour. In the summer, “Be With You” (“Solo Me Importas Tu”) hit #1 pop for three weeks, #2 Latin and #1 Dance as well.