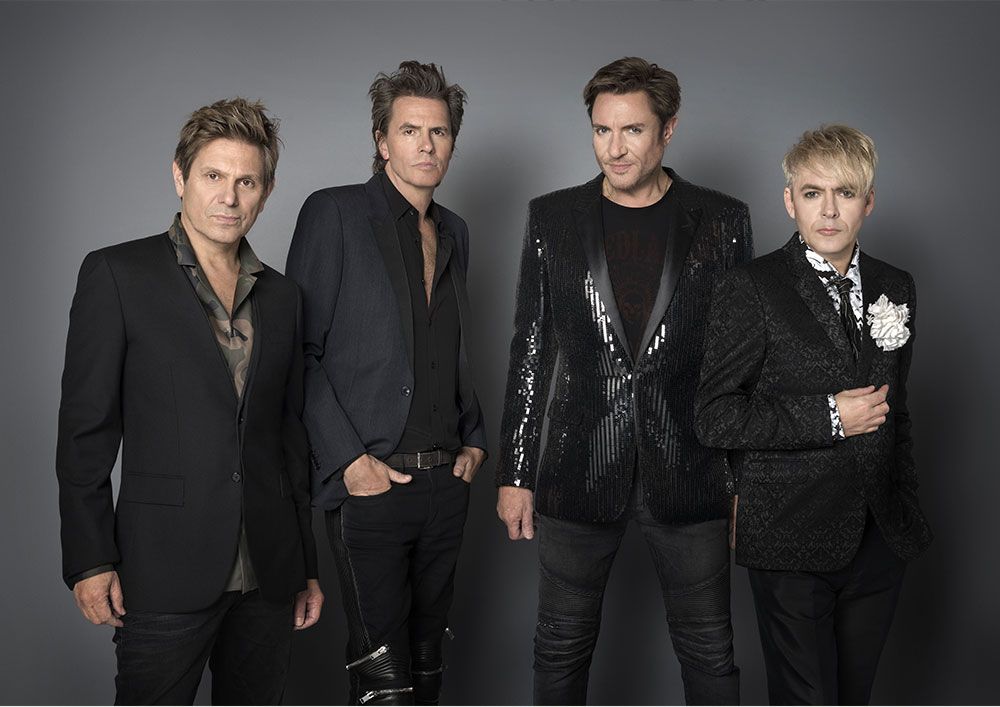 The stats on DURAN DURAN are remarkable: a total of over 70 million records sold, 18 American hit singles, 30 UK top 30 tunes, and a global presence which guarantees them huge concert audiences on 5 continents. More remarkable still is the way they have achieved this, fusing pop music, art and fashion with a unique style and confidence.

When they first broke in the early 1980s Duran Duran single-handedly transformed music video from a gimmicky marketing tool into one of the music industry’s most valued assets. With exotic locations, beautiful girls and stunning effects, Duran Duran took the visual imperatives of the New Romantic movement to another level. Their impact throughout the 1980’s was such that Rolling Stone magazine – adapting the old Beatles’ sobriquet -dubbed them ‘The Fab Five.’

Duran Duran’s future has never looked brighter, or busier. This summer sees them performing at two of the biggest concert events on planet rock, the memorial Concert For Diana at Wembley stadium and the Live Earth eco-awareness bash at Hyde Park. Autumn brings the new album and a tour which will stretch well into 2008, Duran’s 30th anniversary year. Having outlived all of their contemporaries, they have nothing left to prove and everything to play for.