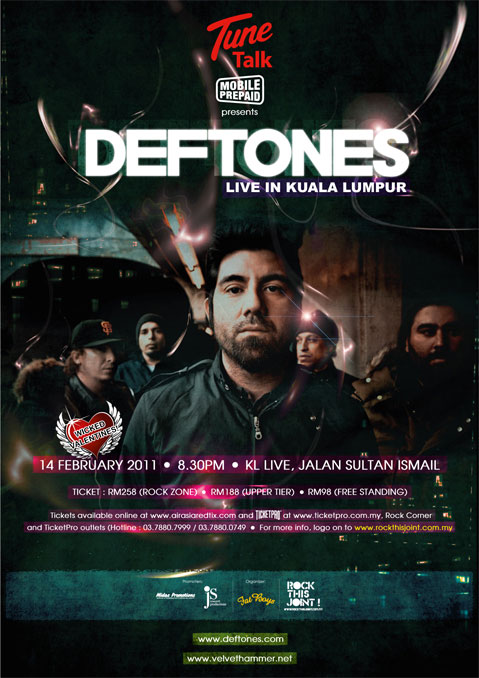 Critics, marketers and radio alike have struggled with just where to place or how to define Deftones. They band has, after all, played with punk rockers L7, toured with Metallica and appealed to some of the same fan base as Morrissey and generally defied simple, and ultimately pointless genre classification.

“We’re not a party band, but we’re not a dark rock band,” says Moreno. “We’re not the most wildly artistic band, but we’re not light and fluffy. It’s hard to put us in one place. I don’t blame people when they try to do it, because I can’t even pin it myself. But really, does it matter?” Not when you’re as compelling, diverse, powerful and pretty as Deftones.

The 11-track album is just that-an album from start to finish. Diamond Eyes works the way good records used to; each song carries you a little further away from your shitty day until finally, you’ve been transported to a place that feels a whole lot better than where you started. “There are so many emotions that music can give you, and if you explore all sides of those, it can be really amazing,” says Moreno. “Like sadness — it can be really lovely, or beautiful, or wide open, or coarse.

We connect with different emotions because we listen to everything out there-that could mean dumb music or something by Brian Eno. Then when we play, it’s not a real conscious thing, but the emotion builds and it takes us in a lot of different ways. I think that’s what music’s supposed to do.”