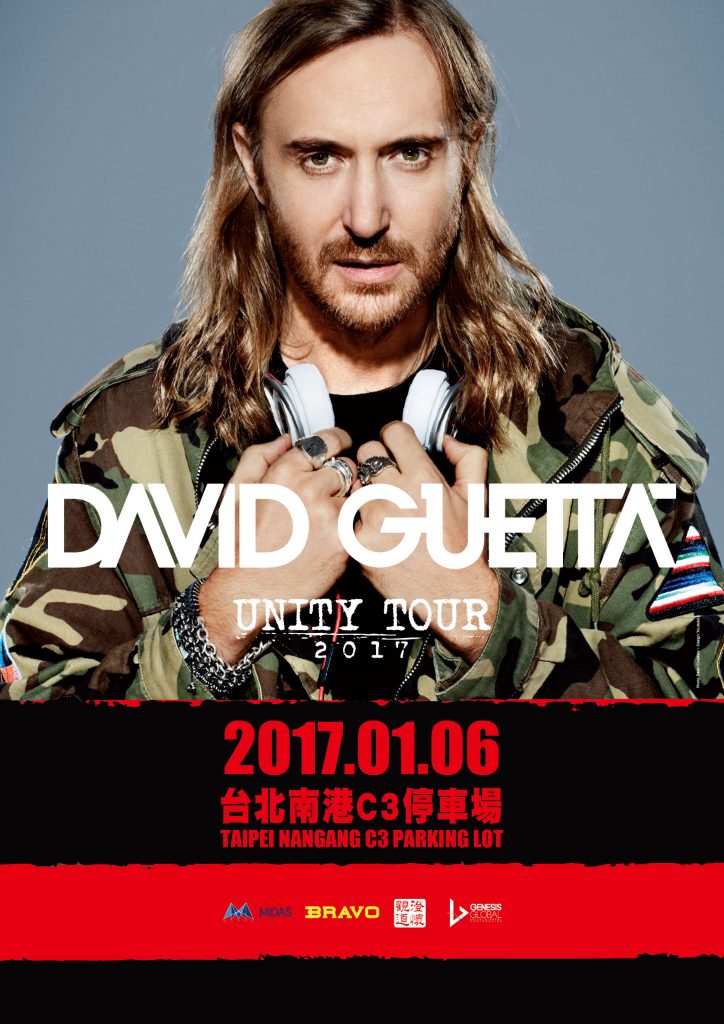 Festival headliner, legendary DJ, super producer, and not to mention a household name in the world of club, French hit-maker David Guetta is back in Taipei with his Unity Tour 2017 on 06 January 2017 at Nangang Exhibition Hall Parking Square. After four years of absence, David Guetta will return to the capital of Taiwan.

David Guetta has played a pivotal role in getting dance music to the mainstages such as it is today. His impact on the international music scene is undeniable and is without a doubt part of an elite group in the music world. From the unparalleled success with his chart topping tracks like Hey Mama, Titanium and Love Takes Over, his multiple Grammy Awards to This One’s For You, the official theme song for the EURO16 Soccer Championship, his career so far has been monumental, but being the tastemaker he is, David Guetta is already ahead of the curve for tomorrow

The Grammy Award-winning DJ has sold over 9 million albums and 30 million singles worldwide. David Guetta has become one of the world’s biggest DJ, changing the perception of his art-form, headlining all-genre music festivals, filling stadiums and yet still gets up-close with his fans in his beloved clubs.

Be prepared for a spectacular night with David Guetta in Taiwan! Brought to Taipei by Midas Promotions, Bravo Hong Kong Entertainment and Genesis Global Entertainment.