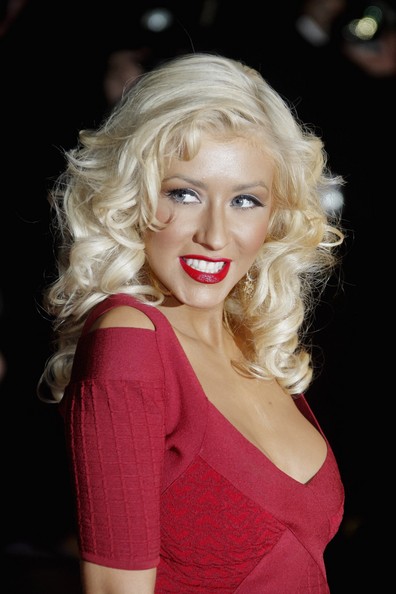 One of the most accomplished performers of the last decade, Christina Aguilera has sold well over 25 million albums worldwide and cultivated a fan base that crosses generational, racial and gender lines. Now, segueing from the audacious sexuality of her second studio album, Stripped, the chameleon-like performer pays tribute to the music that has inspired her with her third studio album Back To Basics (RCA Records).

Aguilera has garnered rave reviews for her current 41-city North American tour. The tour kicked off in Houston, Texas and has stopped in Los Angeles, Boston, Phoenix, Vancouver, Las Vegas and New York among others. The “Back to Basics” 2007 North American Tour features a unique stage design that allows Christina’s fans unprecedented access to the stage with unbelievable sight lines as well as three distinct stage scenes, illuminated by more than 600 moving lights, and a state-of-the-art hydraulic system. Aguilera has assembled an acclaimed production team for her concert tour featuring choreographer and director, Jamie King (Madonna, Janet Jackson, Prince) and Roberto Cavalli, who is the tour’s exclusive costume designer. Working together, the team created a modern inventive vision fused with elements of retro glamour.

Earning her first of four Grammy Awards in 2000 for Best New Artist, her subsequent trophies came in 2001 for “Lady Marmalade” (Best Pop Collaboration with Vocals), in 2003 for “Beautiful” (Best Female Pop Vocal Performance) and in 2007 for “Ain’t No Other Man (Best Female Pop Vocal Performance), winning a Grammy for each of her albums. Among countless other honors, she is also the recipient of a 2001 Latin Grammy Award for Mi Reflejo (Best Female Pop Vocal Album), a 2000 Billboard Music Award for Female Artist of the Year, and two 2004 Rolling Stone Music Awards (Best Female Performer, Readers’ Pick; and Best Tour, Readers’ Pick, “Justified and Stripped”). Voted Sexiest Teen Idol in a VH1 poll, Aguilera’s beauty and charisma have also led Teen People to list her among its “25 Hottest Stars Under 25” and Maxim to crown her Best International Female Singer (2000), one of the Sexiest Women of the Year (2003) and #1 on their “Hot 100” List (2003). Aguilera has also been honored with two NRJ Awards (Best International Female, Best International Album) as well as a 2007 MTV Europe Award (Best Female Artist).