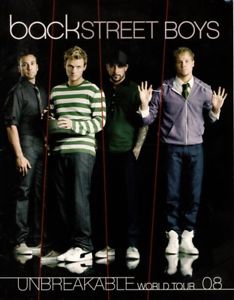 The album has been exceptionally well-received compared to the Backstreet Boys’ comeback album Never Gone. It follows the drastic change in their music style on their previous album which has been negatively received by critics. Entertainment Weekly gave the album a “B-“, which is the highest grade from EW for a Backstreet Boys album since Millennium. SputnikMusic.com said, “Pound for pound and song for song, Unbreakable may just be the best pop album of the year so far” and proceeded on to give the album a 4 (Excellent). A Reviewer from Associated Content, David Nemecek, said “The Backstreet Boys are back with an undeniably strong album” and gave it an 8 out of 10. About.com also gave the album four out of five stars, along with comments such as, “If you are looking for an album of pure pop pleasure, you can not do much better with current releases than Unbreakable.”