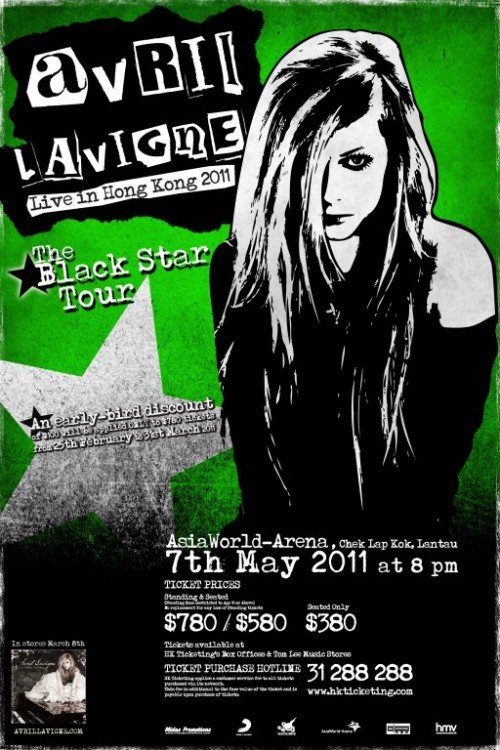 With her multiple creative endeavors and impressive musical success, it’s worth pointing out that Avril Lavigne is all of 26. She may be young by veteran performer standards, but she has evolved as a person and as an artist since releasing The Best Damn Thing.

Lavigne brings the maturity and insight she’s gained from her experiences to her next labor of love, her fourth album, Goodbye Lullaby, which will be released by RCA Records in March 2011. It’s been a whirlwind journey for Lavigne, who says the thing she’s looking forward to most about releasing Goodbye Lullaby is getting the opportunity to hit the road and perform for her fans around the world.

“As an artist with a keen and well-trained ear for powerful, magnetic pop melodies, Avril was intensely involved in every aspect of The Best Damn Thing’s creation: From being fiercely independent while writing her own songs (“I didn’t have an A&R guy on this record,” she emphasizes. “I knew exactly how I wanted it to sound”), to choosing her producers and musical collaborators, to obsessively going back and tweaking guitar tones and drumbeats in the studio, she worked hard to ensure that it would be her best record yet. The album features the production skills of Butch Walker (who has also produced The Donnas, American Hi-Fi, and Avril’s second album, Under My Skin), Dr. Luke (Pink, Lady Sovereign), Rob Cavallo (Green Day, My Chemical Romance, Goo Goo Dolls), and her husband Deryck Whibley (from Sum 41).