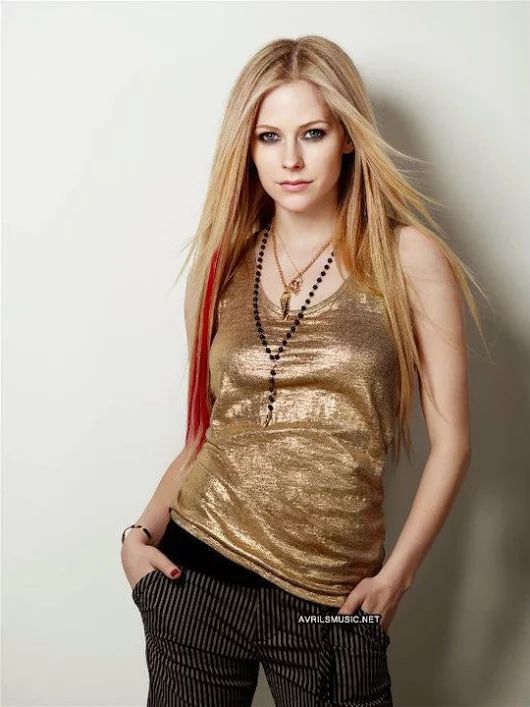 While touring in 2004 for her last album, Under My Skin, which sold more than 8 million copies worldwide, the Canadian-born punk-pop dynamo found that her favorite songs to play were the faster, more up-tempo songs so she resolved to make a record that captured the kind of high-spirited, full-throttle energy that she loved to unleash on-stage. The Best Damn Thing is brimming with gutsy guitar riffs, instantaneously catchy sing-along party-starting choruses, power pop punk, and rebellious rock ‘n’ roll attitude. It’s a marked departure from the darker, more introspective tone of Under My Skin and on tracks such as the defiant, riotous, kiss-off-to-a-cheating-boyfriend “Everything Back But You”, Avril took pleasure in creating scenarios for her lyrics that weren’t, as she says, “straight out of my diary.” The result is a collection of songs that reveal just how far she’s evolved as a songwriter and singer, from the sassy, empowering “I Can Do Better” (one of Avril’s personal favorites) to the irrepressible first single “Girlfriend” which unexpectedly combines a hip-hop beat with beefy power chords, hand-claps, and a chanted girl-group-style chorus with a punk rock twist to the emotional ballad “Keep Holding On”, which she wrote at the request of 20th Century Fox for the studio’s fantasy/adventure film Eragon.

A great deal has happened in Avril Lavigne’s life since she released her debut album, Let Go, in 2002, when she was 17 years old. That album snagged 8 Grammy nominations and four Juno Awards (including Album of the Year and New Artist of the Year), spawned the anthemic hit singles “Complicated”, “Sk8ter Boi”, and “I’m With You”, and sold more than 16 million copies world-wide. Under My Skin cemented the Napanee, Ontario native’s superstardom, entering U.S., Canadian, and U.K. charts at #1, unleashing smash singles “Don’t Tell Me” and “My Happy Ending”, and collecting three more Juno Awards along the way. In 2006, Avril married Sum 41’s Deryck Whibley and branched out into acting, appearing in Richard Linklater’s Fast Food Nation and lending her voice to the Dreamworks animated film Over the Hedge.