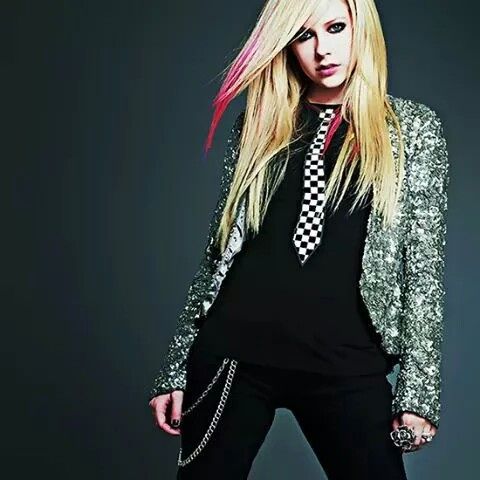 While touring in 2004 for her last album, Under My Skin, which sold more than 8 million copies worldwide, the Canadian-born punk-pop dynamo found that her favorite songs to play were the faster, more up-tempo songs so she resolved to make a record that captured the kind of high-spirited, full-throttle energy that she loved to unleash on-stage. The album features the production skills of Butch Walker (who has also produced The Donnas, American Hi-Fi, and Avril’s second album, Under My Skin), Dr. Luke (Pink, Lady Sovereign), Rob Cavallo (Green Day, My Chemical Romance, Goo Goo Dolls), and her husband Deryck Whibley (from Sum 41). The process turned out to be a blast: “I didn’t know making a record could be so fun,” she says. She was eager to work with her good friend Butch again, as she says, “What’s great about Butch is that he’s a talented artist as well as being an incredible producer.” And about collaborating with Dr. Luke, she adds, “Luke and I had a really good connection and chemistry.” The relaxed atmosphere in the studio comes across in the songs themselves . Avril’s laughter rings out in “I Can Do Better”, and in “Girlfriend” you can hear her, she says, “playing a beer bottle” (by blowing into it) in the last few choruses.