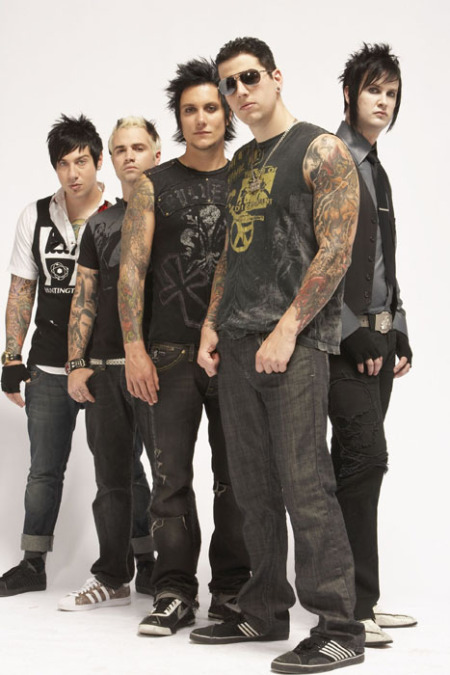 SINGAPORE, 4 September 2008 – Back by popular demand, Metalcore outfit, Avenged Sevenfold, will be bringing their tour to Singapore this coming October, making good their promise to fans at SINGfest 2007 to rock out at our little island again jamming their signature brand of music.

With their aggressive hybrid of metal and punk-rock, this Orange County, California-based band propelled to fame with their first single “Bat Country” off their third album “City of Evil”, which went on to become Avenged Sevenfold’s first gold record.

Their latest self-titled release, which spawned hits like, “Critical Acclaim”, “Afterlife”, “Dear God” and “Almost Easy”, debuted at #4 on the Billboard 200 charts and the band was recently awarded “Album of the Year 2008” by Kerrang! Magazine, the world’s best-selling weekly rock handbook.

Described by Entertainment Weekly as “unimpeachable” for the band’s musicianship, fans can expect to see an energy-filled and elaborate stage performance as Avenged Sevenfold never offered anything less than a full-throttle set, which can be seen from their 2007 performance at SINGfest.