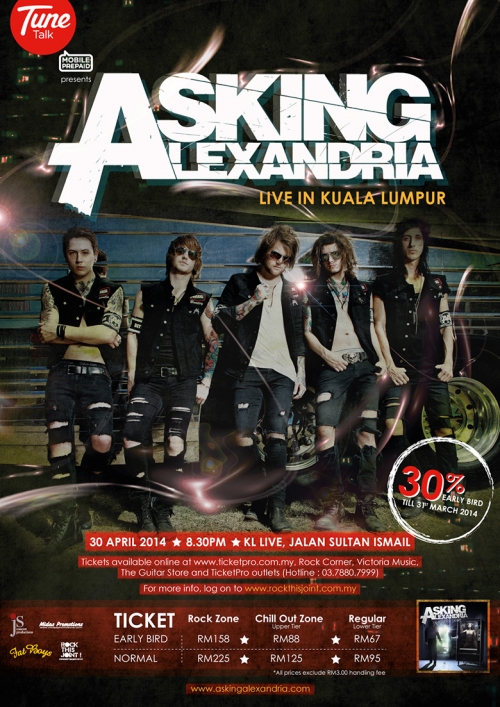 Asking Alexandria are poised for worldwide domination in 2013 releasing their much anticipated, new full-length album on Aug 5th, a main stage Download Festival performance in the UK, an Active Rock Radio smash hit for “The Death of Me” and Alternative Press and Guitar World cover features.

To say that 2012 was a breakout year for the UK’s ASKING ALEXANDRIA would be a massive understatement as the group headlined massive, sold-out European and North American tours, which was capped off with a slot on the Rockstar Mayhem Festival emerging as one of the fest’s most talked about artists.

Amidst a slew of recent speculation regarding their stability, ASKING ALEXANDRIA, undoubtedly proved to all naysayers that they are one of the genre’s most exciting, ground-breaking and heralded artists as their critically acclaimed new album, Reckless and Relentless, debuted at #9 on the Billboard Top 200 charts scanning an impressive 31,449 units. This monumental accomplishment also simultaneously marked the biggest first week sales for any artist in the history of Sumerian Records.