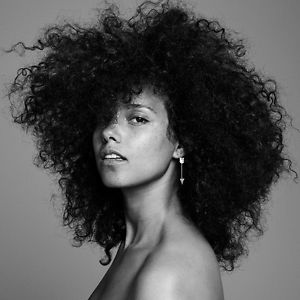 Nine-time Grammy Award winner Alicia Keys returns with her long-awaited third studio album, As I Am, set for a worldwide release on November 13 on J Records. Within 10 hours of being serviced to radio, Alicia first single, “No One,” became one of the fastest moving and highest charting single on Billboard’s Hot R&B/Hip-Hop Songs chart. This also marks the highest first single debut for a female artist in 2007 on the R&B Monitor’s Urban Mainstream chart!

Her first studio album since the critically-acclaimed 2003’s The Diary of Alicia Keys, Alicia showcases her songwriting and producing talents on all 13 songs on As I Am, but also joins forces on several tracks with her longtime collaborator Kerry “Krucial” Brothers, award-winning songwriters Linda Perry, John Mayer, Harold Lilly, Sean Garrett and producers Mark Batson, Dirty Harry, Swizz Beatz and Jack Splash.

Since the 2001 debut of Songs In A Minor, the New York native has built an unparalleled repertoire of hits and accomplishments with over 20 million albums sold worldwide! Songs In A Minor, which spawned her signature hit “Fallin,” sold more than 10 million copies worldwide and garnered five Grammy Awards including Best New Artist and Best R&B Album. Alicia’s follow-up disc, 2004’s The Diary of Alicia Keys, which is currently 7 times platinum, captured four Grammy Awards and featured the hits “If I Ain’t Got You,” “You Don’t Know My Name,” and “Karma.” With the 2005 release of Unplugged, which has sold 2 million copies, Keys became the first female R&B artist to have three consecutive #1 debuts on the Billboard 200 album chart in as many releases.