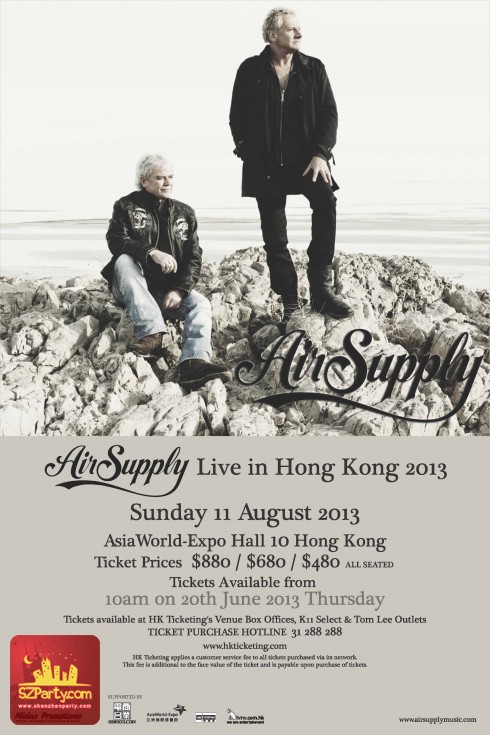 The Legendary British-Australian soft rock hit-making duo, Air Supply is bringing its powerful signature sound to Hong Kong for a live concert. The one night only performance Air Supply Live in Hong Kong 2013 will be held on 11 August 2013 at AsiaWorld-Expo.

In 2011, the duo continues to play more than 150 shows a year worldwide including stops in England, Ireland, Israel, Philippines, Korea, Japan, Canada, the U.S. and beyond. Air Supply is set to rock the stage with their romantic pop songs and fans should not miss this opportunity to capture their amazing live performance again. Brought to Hong Kong by Midas Promotions, Air Supply Live in Hong Kong 2013 will be held on 11 August 2013 at AsiaWorld-Expo. Tickets are on sale from 20 June 2013 at HK Ticketing’s Venue Box Offices, K11 Select and Tom Lee Music Stores.